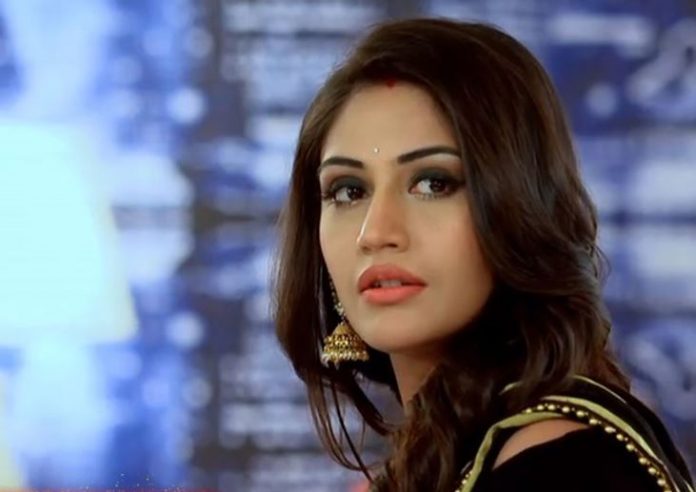 Shivay and Anika had to take vanvaas and get away from the family. They have missed their family a lot. Anika gets worried and takes Shivay to the kitchen to show the blast scene. Shivay finds everything right. Anika asks him to believe her, she is not lying. Monali cleans the kitchen and hides, making Shivay believe that Anika is getting in much stress. Shivay asks Anika to take some rest. She asks him to trust her, the kitchen was messed up when she ran to him. He tells her that its just her imagination. She checks the kitchen for any clue. She finds the kitchen too clean. Monali fools them.

Anika hears the bicycle bell again and goes to beat the person. Omkara, Rudra and Gauri reach Shivay and Anika’s happy home. They surprise Shivay and Anika. She takes a hockey stick and stops on seeing them. They get scared seeing Anika’s anger. Anika welcomes them home. She likes their beautiful surprise. She tells them that she was missing them a lot. Gauri and Rudra find the locked room and get interested to know what’s behind it. Anika tells them that the room has the tenant’s belongings. Rudra tries to open the door. He fails to get in.

Anika gets much happy seeing them. She shows her lovely house to Gauri. Gauri likes the house a lot. She tells Anika that the house is really big and amazing. Anika tells Gauri how she has managed her new house. She boasts of her skills and her ideal wife qualities. Gauri doesn’t understand what she means. Anika explains her that she is trying to be an ideal wife. Gauri likes everything around and tells Anika that she has maintained the house well. Anika’s truth comes out when Gauri opens a cupboard, which makes all the stuff fall out. Gauri asks Anika did she not organize the cupboard till now. Anika blames Shivay for this. She tells Gauri that Shivay is the one who always spoils her work.

Anika shares her tensions with them. She sees a woman’s shadow and also hears the bicycle bell. Anika wants to catch the woman who is troubling her. She has no fear as her family is along.

Rudra tells her that he will make sure that nothing bothers her. Rudra finds her tensed again. He comforts her fears. Rudra finds someone and attacks thinking that’s the thief who is troubling Anika. They all lay a trap. Rudra and Omkara manage to catch the woman. Later, Anika gets to her usual cuteness. Veer smiles seeing her. Veer falls for Anika. He wants to get Anika in his life. Anika’s Masti moments makes her fall in trouble. Veer enjoys her light-hearted dance. What will Veer plan next? Keep reading.