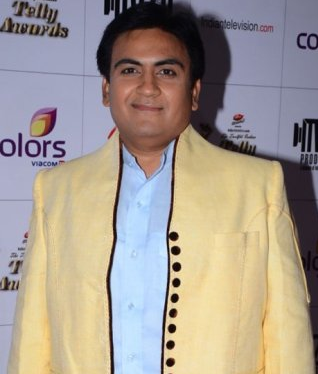 Dilip Joshi, our own chubby and bubbly Jethalal Gada from Tarak Mehta Ka Ooltah Chasmah plays one of the funniest character on SAB TV show. Joshi has appeared in several films and TV serials mostly in comedy roles. He also has appeared in Gujrathi dramas like the one “Bapu Tame Kamaal Kari.” Among the films he has appeared in Maine pyaar Kiya as Ramu and Hum Aapke Hain Koun as Bhola Prasad and also several other films, mostly as a comedian.

He is paired with Disha Vakani in Taarak Mehta Ka Ooltah Chashmah which airs on SAB TV since year 2008. Their unique comic timing is the main USP of the show and its high ratings.

Dilip is born in Porbandar, Gujarat on May 26, 1965. He is married to Jayamala Joshi and has two children named Neeyati Joshi and Ritwik Joshi.