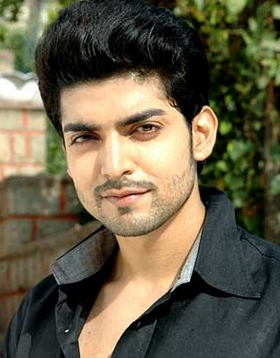 Gurmeet Choudhary Aka Lord Rama from popular series Ramayana is a famous television actor and model. He has acted in many TV serials like Ramayan, Geet – Hui Sabse Parayi as Maan Singh Khurana and Punar Vivah as Yash Sindhiya. He also also acted in a tamil show Mayavi in a negative role and was highly appreciated. He has also appeared in shows like Pati Patni Aur Wo, Bandini, Laughter Ke Phatke, Entertainment Ke Liye Kuch Bhi Karega and in many more.

He has also done few music videos. He was the winner of Jhalak Dikhlaja season 5, 2012. He has won Favorite Lead Actor (Male) and TV’s Most Desirable Man 2011 by Telly Chakkar. Recently, he is seen in Nach Baliye 6 alongwith his actress wife Debina Bonnerjee. They were the favourites of judge Sajid Khan in that serial and was 1st runner up on grand finale.

Gurmeet Choudhary was born on February 22, 1984, into a Bihari family in Chandigarh to Sitaram Choudhary, an army officer originally from Jairampur, Bhagalpur district, Bihar. He has a brother, who is a doctor. He lives and is married to Debina Bonnerjee, his co-star of Ramayan.