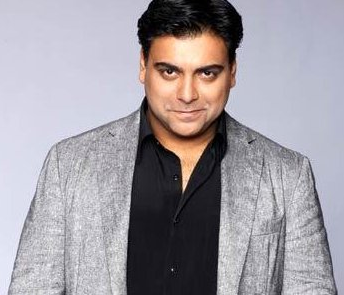 Ram Kapoor, the Jay Walia and Ram Kapoor of TV serials Kasamh Se and Bade Achhe Lagte Hain is an Indian Television and film actor. He is highly acclaimed and recognized for his work in Indian television and has won many awards including the Indian Telly Awards for best actor consecutively in 2006, 2007 and 2008.

Ram started his acting career in a TV serial named Nyay directed by Sudhir Mishra. Though the serial could not get much recognition, his work was appreciated and many offered poured in his way. He has also hosted many TV shows, among them were Rakhi Ka Swayamwar and Swayamwar 2 and 3. He has also participated in TV reality show Jhalak Dikhhla Jaa and many others. Kapoor has also appeared in many Bollywood movies, some of which are Karthik Calling Karthik, Udaan, Agent Vinod, Student of The Year, and Mere Dad Ki Maruti.

Ram was born on 1st September 1973 into Punjabi Khatri family in New Delhi to an advertising and marketing executive Anil Kapoor and a homemaker Rita Kapoor. His family moved to Mumbai soon after his birth where he grew up. He has a younger sister named Aruna. He is married to Gauthami Gadgil Kapoor, also a TV actress and model. He has two children named Sia Kapoor and Aks Kapoor.