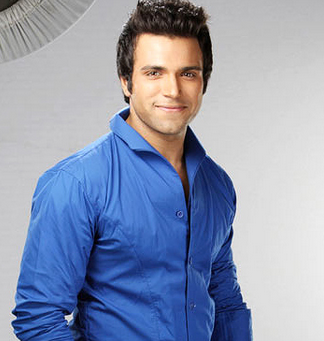 Rithvik Dhanjani, the winner of Nach Baliye 6 is an Indian television actor and host. He is an alumni of Kishore Namit Kapoor Acting Institute. He started his acting career in television with TV series Bandini as Parth Mahyavanshi and has also acted in Tere Liye Punar Vivah as Partho, and Star One’s Pyaar Kii Ye Ek Kahaani as Jay Khurana among others. He got his fame with daily soap Pavitra Rishta as Arjun Kirloskar where he is paired opposite his real-life girlfriend Asha Negi. He has hosted shows like India’s Best Dramebaaz, DID Dance Ka Tashan, Yeh Hai Aashiqui. He participated in dance reality show Jhalak Dikhlaja season 5 and was 2nd runner up. He also participated in dance reality show Nach Baliye 6 with his girlfriend Asha Negi and won the Grand Finale. He has an immense fan following. Rithvik was also nominated and won awards as Best Actor in Supporting Role and Best Jodi with Asha Negi for his role in Pavitra Rishta.

Rithvik was born on 5 Nov 1988 in Mandsaur, Madhya Pradesh. His parents are settled in Dubai and he currently lives in Mumbai. Before pursuing acting, he was helping his dad in his business.