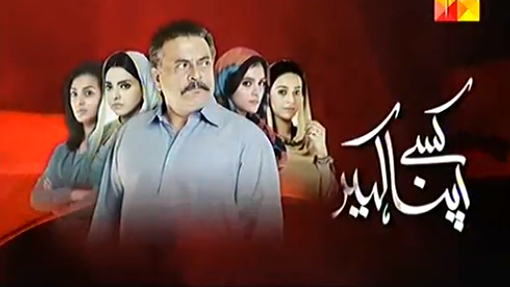 Salman and Iqra meet somewhere. Iqra binds his eyes to give him a surprise gift. She gifts him a shirt. Salman says, why you brought costly shirt for me. He gets happy and says I will keep it safe with me always. Iqra asks him to promise that he will be with her always. Salman promised her. Salman comes out of the dream. Rafia asks him, why he wore old shirt. She asks him to wear something new. She says, your Abbu gave me money for your shopping. Salman says, sometimes old thing looks good. Rafia says, I will get new clothes for you. Salman asks her to get little happiness for him. Rafia says, we can’t buy happiness. Salman says, why not if we can lose happiness by sitting at home. Salman leaves. JD calls Maheen as Laiba is crying. Maheen says, she is not well. She says, ammi asked me to come home for the Dholki Rasam. JD gets angry and asks her to get ready. Maheen tells to Laiba and Zara that she will get them ready.

At the Dholki Rasam, everyone are rejoicing and playing Dhol. Salman tells his friend that he wants to grief for his condition. His friend says, you should have tell your parents before itself. Salman says, I didn’t know that they are going to fix my marriage so soon. He asks for the suggestion. His friend asks him to sacrifice one girl for the other. Salman says, she is girl, not a thing. His friend says, just order. I will get her kill. Salman doesn’t agree and asks for sometime to think. Electricity goes off at Zainab’s house. Alisa says, I will check the electricity. Safia calls Ali. Ali tells Alisa that I have done BBA but I know engineering work also. Ali stares her. Alisa asks him to keep his eyes at the wires and says I know I am very beautiful. See me later. Ali says sorry. Light doesn’t come. Alisa checks the fuse and the electricity comes. Alisa asks Ali to thank her. Ali has no option than to thank her.

JD wins the game. Majid asks him not to forget him when he gets rich. JD says, my good days have started and pays the loan to Khalid. Majid asks him to keep the money. Khalid asks JD to play the game. JD says, I have to take your bhabhi now and leaves. Majid tells Khalid, what you are doing? Khalid says, his remote control is in my hands. I will play the game and everyone will see my move. Some guy fights with the fellow student for not agreeing to give him vote. He says, I will give my vote to Agha. Agha’s aides tells Agha that the opposition gang is beating that guy. Agha comes and beats the opposition guy. Maheen serves tea to JD. JD thanks her. Maheen says, your mood is good and I am happy for it. JD asks about their daughters. Maheen says, they have slept. Maheen sees money in JD’s shirt and enquires from where he got the money. She questions JD. JD says, it is my hardwork’s money. Maheen suggests to return her bauji’s money. JD says, did they ask for money? He gets angry and spoils his mood. Bhai Miya’s daughter Iqra prays for her father’s pride and her happy life after Namaz. She tells Zainab that she is scared. Zainab says, your destiny will be good. Iqra says, how can I live alone? Zainab says, girl have to go to her inlaw’s place after marriage. Iqra hugs her. Zainab assures saying you will be very happy.

Salman is talking on phone to Ashfaq’s daughter Iqra. He says, I love you very much. Iqra says, You just pretends to love me. I can see the brightness in the lights on your house. Every arrangement have been done for your marriage. I am a toy for you. Don’t call me again and cuts the call. JD tells Phuphu that Maheen saw the money and asked him to return Bhai Miya’s money. Phuphu asks him to hurt Maheen. JD says, she might complain to bauji. Phuphu says, I will take care of her. She asks him to ask a heir from Maheen to keep her mouth shut. JD agrees and smiles.

Bhai Miya shows the wedding dress of Salman. Zainab looks at it and says it is very costly. Bhai Miya says, I am giving my precious daughter to them. Bhai Miya gets a ring for Rafia as she is going to be Iqra’s mother in law. JD comes home. Maheen says, you came late. JD says, I went to Mazaar to asks for a son. Maheen says, what you got after praying. JD accuses her for giving two daughters. He treats her badly and asks her to go after giving him a heir. Rafia’s relatives tell her that she got a rich inlaws for her son. Rafia says, we don’t need anything. They praise the things. Salman comes home. Rafia tells him that Bari’s thing have come. Salman says, it is the things for my funeral. Rafia is distraught.

JD is playing cards. He wins. Khalid and Majid fool him by their sweet talk. JD says, you haven’t seen my game. Khalid says, we will play a big game. JD agrees. Majid asks him to come to some place for the big game. JD is overconfident and agrees to play the big game. Khalid thinks, he will be trapped. At Bhai Miya’s house, Salman is sitting for the Mehendi Rasam and recalls Iqra’s words. Bhai Miya asks Zainab to call Iqra. All the ladies start singing the song. They bring Iqra and make her sit beside Salman for the ritual. When Alisa and Shanze demand money for the rasam. Salman gives the money but is still angry. He gets a call from Iqra. He wonders how to pick the call amidst the crowd. He rejects the call. Iqra is sad and cries. JD is leaving from the function place. Bhai Miya asks him to come soon. JD comes to the gambling place and bids the money. He is confident to win the game. Khalid bids 1 lakh Rs, whereas JD bids for 50000 Rs. Majid provokes JD to play further and asks him to bid the car keys also. JD thinks for sometime. He asks Khalid to show the cards.

Next Episode:
Khalid tells Iqra that he can’t stop thinking about Iqra since he met her. Ali compliments Alisa’s beauty. Salman runs away from his home. Bhai Miya tells that he got an order from the govt to close the work shop.