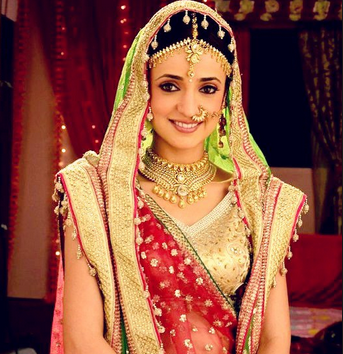 Sanaya Irani, the innocent and reserved Paro of new TV series Rang Rasiya is an Indian actress, host, and a model. She is popular among the youth audience.

Currently, she is portrayed in TV series Rang Rasiya as Paro, aka Parvati, a very reserved and innocent Rajasthani girl opposite Ashish Sharma as Rudra. Their on-screen chemistry is well-received by the audience.

Sanaya was born on September 17, 1983 in Mumbai to Parsi parents. She has one brother and one sister who both live in Chicago, U.S. She studied for 7 years in a boarding school in Ooty. She graduated from Sydenham College. She is currently dating Mohit Sehgal, her co-actor from TV series Miley Jab Hum Tum.

Paro to expose Shantanu’s truth; Rudra and Paro to consummate their marriage in Rangrasiya