Majid provokes JD to bet on the car keys for the card gambling. Khalid asks him to quit if he doesn’t have money. JD doesn’t think and asks Khalid to show the cards. Khalid shows the card, JD gets tensed. Majid says, you lost the game. Khalid takes his car keys and is about to leave. JD asks Khalid to give his car keys. Khalid didn’t comply and leaves with Majid. At the function, Ali dances with Alisa but it was only his imagination. Salman couldn’t able to take it anymore leaves from his place and picks Iqra’s call. He tells her that he is going through a lot. Iqra asks, why don’t you think about my pain. She tells him that she is committing suicide. Rafia asks Salman to come with her. Salman feels helpless. 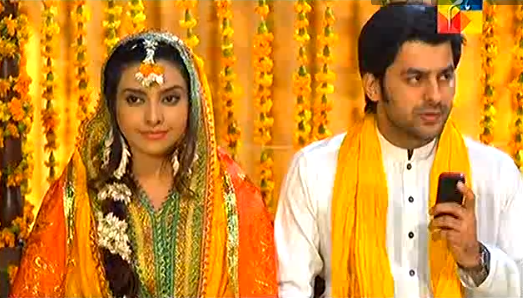 Ali compliments Alisa saying you are looking beautiful. Alisa says, I know…that guy was saying the same thing. Ali gets angry and asks her to show that guy. Alisa says, he was just praising me. I didn’t slap him nor you. Shanze asks her to come. Phuphu wakes up JD and says your car is missing. Someone might have stolen it. JD says, I left it at the garage for repair work. Phuphu taunts Bhai Miya for giving a cheap car. JD comes to Khalid and begs him to return his car. Khalid says, just assume what you can do if I return your car. JD says, I will give you whatever you want. Khalid asks him to get him married to Iqra. JD asks, how did you know her? Where you met her? Khalid says, I will be restless until I marry her. JD tells him that Iqra is going to get married tomorrow. Khalid asks him to get him married to Iqra and takes the car keys.

Alisa comes and offers money to Ali for card printing. Ali says, I can’t take the money from my near ones. Alisa says, we are not close to you. Ali asks, can we be friends? Alisa says, may be…Ali laughs. Alisa asks him to take the money. Ali jokes with her.

Ali decides about writing a letter to Alisa but then thinks to send her a sms, but then thinks she don’t have mobile. He thinks how to convey his heart feelings towards her. JD comes to Khalid and says that today is Iqra’s marriage. What you are thinking can’t be possible. Khalid asks him to kidnap Iqra. JD says, I can’t do it. I am tired of lying to my family about the car. Khalid asks him to give Iqra to him and take the car keys. Khalid tells him that he can give him pistol if he wants to stop the marriage. He threatens him to talk to Bhai Miya about his doings. JD is trapped.

Shanze and Alisa complain to Zainab that they are not getting their stuff. Zainab asks them to get ready and go to parlour first. Sayeed comes and asks Rafia, did you make Salman understand everything. Rafia says yes. Salman is in his room with his friend. Sayeed asks her to explain Salman not to think about the past. He says, we have to reach on time as Bhai Miya is very punctual. Bhai Miya talks to Nazim Saheb about the govt order to close their work shop. Bhai Miya asks Nazim Saheb to talk to DCO Saheb. Nazim saheb agrees and leaves.

Salman is sitting sadly. His friend comes to meet him. Salman says, I am about to cry now. I am sacrificing my happiness for my parents’s happiness. They didn’t think about my happiness. His friend asks him to take a decision. He says, there is 4 hours left for you now. Salman asks him to give the suggestion. His friend asks him to elope from his house. Salman starts thinking. Bhai Miyan asks Zainab when will the daughters come. Zainab says, I will call on the parlour number. Bhai Miya asks about his sister Phuphu. Maheen tells him that she will come with JD. Zainab calls on the parlour number. Alisa picks the call and says we are getting ready, will be coming there.

Phuphu gets ready and tells JD, we will go to the function hall directly. JD says, I need your permission to talk to you. She asks, what? JD tells her that he lost his car in gambling. Phuphu is shocked. JD says, they betrayed me. Phuphu asks, what you will reply to Bhai Miya now. Your car is gone now. What you will do now. JD says, there is one condition to get the car. JD says, my friend Khalid have seen Iqra somewhere and wants to marry her. He said he will give my car if we get her marry to him. Phuphu says, it can’t be possible. JD asks her to do something. Phuphu says, I will do something.

Ali gets ready to go to Iqra’s marriage. Sofia compliments him and says you are looking handsome. She plans to get him married after he settl e down in London. Sayeed asks Rafia, to call Salman. Bhai Miya welcomes the guests. Rafia knocks on the door and asks Salman to come fast as Sayeed is getting angry. When no reply comes from Salman, she comes inside and couldn’t find him. She goes to inform Sayeed. Sayeed calls on Salman’s number but his number is not reachable. Rafia asks him not to worry. Sayeed gets tensed. Rafia asks him to call on his friend’s number, but his number is also not reachable. Shanze is talking with Ali and compliments him. Alisa comes and asks Ali to be away from the girl’s mothers who are standing there. Ali asks, what did I do? Alisa says, they will ask you to marry their daughter. Ali says, I will not marry any other girl….He eyes Alisa smilingly. Alisa senses and gets shy. 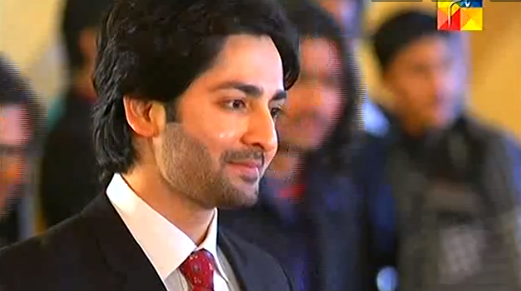 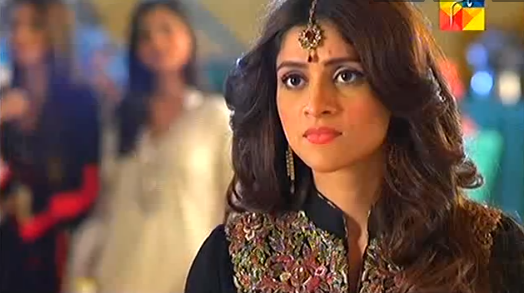 Sayeed and Rafia have the tough time as they tries to get in touch with Salman. Zainab asks Bhai Miya to call on Sayeed Bhai’s number as the guests have started gossipying. Bhai Miya calls on Sayeed’s number but he didn’t pick the call. Some guest tells Rafia that all the guest are waiting to leave. Sayeed thinks what to answer to Bhai Miya. Bhai Miya gets tensed.

Precap: Salman is seen with Ashfaq’s daughter Iqra. Ali tells Safia that his documents have been approved. Sayeed picks the call and is about to tell about Salman.