Bhai Miya calls Sayeed Saheb. Sayeed Saheb wonders what to say to Bhai Miya. Bhai Miya fears what might have happened. Zainab gets worried. Sayeed picks his call. Bhai Miya asks, when you will reach? Sayeed tells him that there is a problem with Salman. Bhai Miya asks, what happened? Just then he sees Salman and gets relieved. He tells Bhai Miya that there was a problem with Salman’s sherwani. Salman comes back home. He recalls how he eloped. Flashback starts…He sees Ashfaq’s daughter Iqra on the bus stand waiting for him with her stuff and smiles. He recalls about his father’s words and hides. Iqra calls Salman, but he didn’t pick her call. Zindagi Aye Zindagi Ab Tu Bhi Kab Apni Rahein……..song………….Plays. Salman looks at her for the last time and leaves. Iqra keeps waiting for him on the bus stand and leaves. Flashback ends..

Salman gets married to Iqra Ibrahim….Ashfaq’s daughter Iqra come and witness the wedding. She gets tears in her eyes. Salman looks at his love Iqra and says Qubool Hai…. Iqra wipes her tears. Salman too gets tears in his eyes. Everyone congratulates each other. 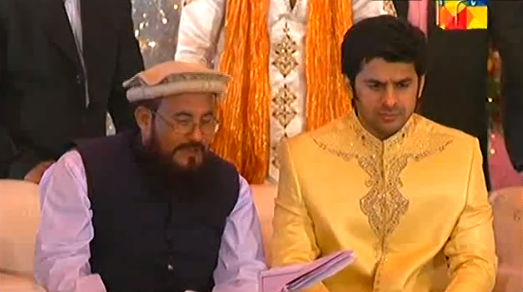 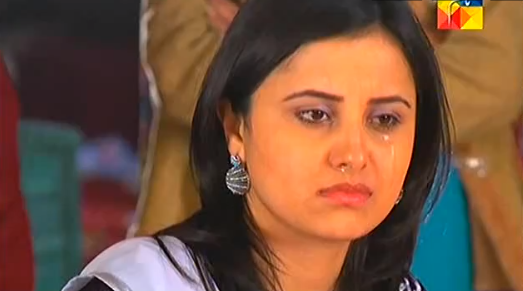 Their wedding photo is taken. The newly weds leave from the function hall. Salman is not at all happy but is forced to marry Iqra. Iqra hugs her parents and sister before going to her inlaws home. Ashfaq’s daughter Iqra comes back home and cries miserably. She says, I hate you Salman….Kisay Apna Kahen song plays…………….She recalls the moments spent with him. 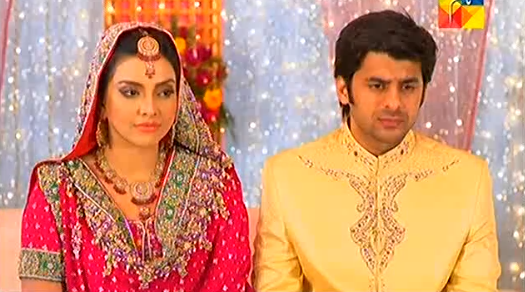 The bride Iqra waits for her husband Salman. Rafia asks Salman to be happy with wife Iqra. She says, your life will be full of happiness and asks him to concentrate on future forgetting the past. Salman gets a call and he leaves in a hurry. Sayeed asks Rafia, where did he go? Rafia says, I don’t know. Doctor checks Ashfaq’s daughter Iqra and says she is no more. Salman comes to the hospital and comes to know about Iqra’s death. Doctor informs Ashfaq who breaks down and cries. Salman comes to the hospital ward and looks at dead Iqra. He cries badly. Zindagi ab Zindagi plays……Salman gets broken from inside. 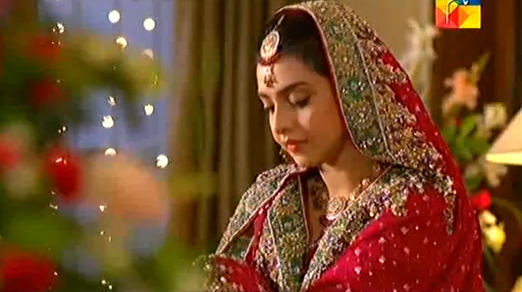 Rafia asks Sayeed, did you talk to Salman. Sayeed says, he isn’t picking the call. Iqra awaits for Salman and then sleeps. Rafia gives tea to Sayeed. Salman comes back home and is shattered. Sayeed yells at him and asks, where did you go? Rafia too asks him, where were you? Sayeed shouts at him and says Iqra was waiting for you. Salman tells them that his love Iqra has committed suicide and left him. He says, you have won….You snatched my Iqra from me. This is all you want naa, You wanted to kill my love, you both are the killers of Iqra. You thought that I will be happy with your friend’s daughter but I will make her life hell. She has to bear my anger and hatred, just see what I can do….

Iqra prays Namaaz and then prays for the family’s happiness. Salman comes to his room and sits on the bed. Iqra greets him. Salman gets angry. Iqra smiles. Salman says, you came with oodles of bad luck. You are unlucky woman. you have snatched my love. I won’t accept you as my wife. I just hate you. You are like a thing which means nothing to me. He pushes Iqra. Iqra gets shocked and cries…Zindagi ab tu bhi…..Plays…She looks at Salman who is sleeping on the couch. She wipes her tears.

Bhai Miyan asks Zainab to make it fast as they have to go to Iqra’s house. JD lies to him saying his cab is in the garage. Iqra wakes up and finds him gone. Rafia comes to Iqra. Iqra greets her and asks her to sit. Rafia looks at the couch. She tells her that Salman went to the funeral of his close friend. She asks her to get ready as her family would be coming. Rafia asks her to tell the same thing to her parents. Iqra agrees. JD and Zainab talks with Sayeed and Rafia. Sayeed and Rafia say that the things which they have given was not needed. They thank her. JD asks them about Salman. Rafia replies that he went to his friend’s funeral.

Maheen comes to Iqra’s room and compliments her. She asks her, is everything alright? Iqra lies saying everything is fine. Maheen asks her to share what is in her heart. She says, you are fooling us with a fake smile. Iqra says nothing. She asks, what did Salman give to you on the Muh Dikhayi. Iqra says, actually Salman…..Rafia comes and their conversation is interrupted. Rafia tells Iqra that I know that Salman might have misbehaved with you at the night. Actually his toy has broken. That girl was not Salman’s love but a toy. We have to handle Salman like we handle a kid. You have to give love and concentration to Salman so that he would forget that girl. Please don’t tell anything infront of your family. They want to see you happy. Salman is not bad at heart. Try to make your place in his heart. Take care of our respect infront of Bhai Miya. Iqra tells her, I will do as you says. Rafia blesses her.

Bhai Miya brings Iqra to his home. Shanze asks, what did you get in Muh Dikhayi….? Alisa says, I couldn’t wake up in the morning. Shanze asks her, why you are seems upset. Iqra says, I am same as before. Phuphu comes and blesses her. She asks, where was Salman? Iqra tells her that he went to his friend’s funeral. Phuphu asks, didn’t your inlaws ask Salman? Iqra says, he told me. Phuphu says, I would have asked them. Iqra says, I am very happy there, need not worry about me.Ali tells Safia that his documents have been approved. Safia congrats him. Ali says, I am very happy. Safia says, Allah will solve our problems.

Precap:
Salman tells his parents that he would not come to his valima function. Sayeed tells Bhai Miya that they have to cancel the Valima ceremony. Salman yells at Iqra for touching his shirt. Alisa throws a chocolate on Ali and says, how dare you give me just one chocolate. Bhai Miya comes to Khalid’s garage. He eyes Iqra who is sitting in the car.