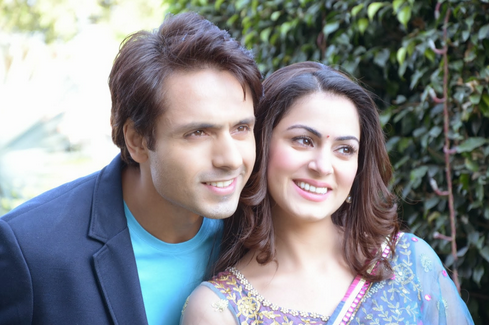 When Pakhi comes to know that Anshuman and Tanya loves each other, she feels she is burdening Anshuman with her presence. She decides to walk out of his life and house. Anshuman asks her what will I tell Ayaan and the world when they ask why have you gone suddenly. She tells him that she won’t let him fall in anyone’s sight and will take care of this situation. A press conference is called by Mr. Rana to declare to the media about a joint project with Anshuman. Pakhi spoils her image infront of the media asking Anshuman to give her equal share in his property. Anshuman asks her to stop all this as he knows why she is doing this.

The media asks Anshuman to kick Pakhi out of the house. Pakhi asks for divorce for the sake of Anshuman’s happiness. Anshuman realizes what she told him and thinks she is doing this to save his image infront of everyone and becoming awful herself. So that people point on her, not him. Pakhi starts leaving the house, but Anshuman stops her. He feels guilty and starts hating himself seeing Pakhi’s goodness and sacrifice. They have a romantic hug. Anshuman decides to tell Pakhi why he brought her with him, in order to save his image. What will Pakhi do when she knows everything? Will she still love Anshuman? Stay tuned.