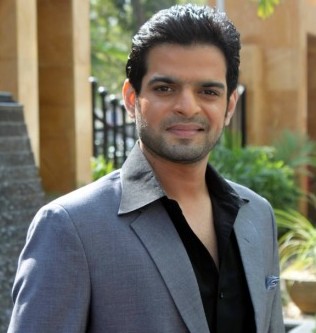 Karan Patel, the handsome and dashing hunk is a Indian television and Bollywood actor. He came into limelight with his portrayal as Robbie Sabarwal in Star Plus TV series Kasturi. Karan has also acted in TV series Kkavyanjali As Kanishak, Karam Apnaa Apnaa As Vivan, Kasamh Se As Rohit, and Teri Meri Love Stories as Yug Saxena. He has also acted in many reality shows including Survivor India, Nach Baliye 3, Jhalak Dikhhla Jaa 6 as wild card entry with choreographer Sharmishta.

Currently, he is portraying as Raman Kumar Bhalla in TV series Yeh Hai Mohabbatein opposite Divyanka Tripathi as Ishita Iyer. Their onscreen on-and-off hate-love chemistry is well-received by the audience. Karan has also acted in minor roles in films City of Gold in 2010 and Shootout at Wadala.

Karan was born on 23 November 1983 in Calcutta to a Gujrati businessman Nishit Patel. He is the only son in his family. He studied at the Utpal Sanghvi School, Mumbai and then at Mithibai College, Mumbai. He has attended Kishore Namit Kapoor’s Acting School as well as London School of Arts. He also attended Shaimak Daavar’s dance classes. Currently, Karan is dating his childhood sweetheart Shayal Kumar.