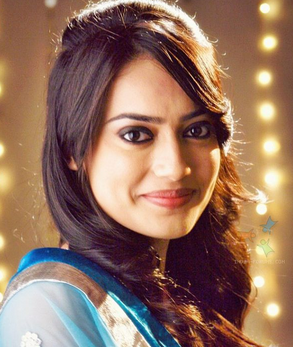 Surbhi Jyoti is an Indian television, film, and theater actress. She started her acting career first in theatre in her college days. She then acted in Punjabi TV serials Akiyaan To Door Jayen Na as Sona and Kach Diyan Wanga as Preet. She also acted in Punjabi films Ik Kudi Punjab Di as Preet, Munde Patiale De as Priyanka, Raula Pai Gaya as Reet.

Currently, she is acting in ZEE TV series Qubool Hai as Sanam Ahmed Khan (earlier played Zoya Farooqui opposite Karan Singh Grover/Raqesh Vashisth as Asad Ahmed Khan). She is paired opposite Karanvir Bohra who is playing the role of Aahil Raza Ibrahim in the show. Her onscreen chemistry with Karan Singh Grover was hugely popular, termed as AsYa, and was the USP of show and reason for its high TRPs.

Surbhi was born on 29 May 1988 in Jalandhar, Punjab, into a Punjabi Brahmin family. Her father is a businessman and mother a housewife. She has a brother named Sooraj Jyoti who is pursuing his engineering.