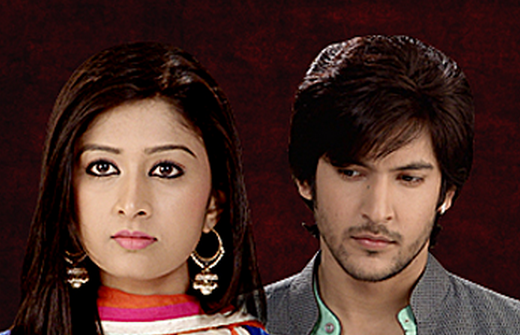 Recently, we have seen how Gunjan has denied Ranvi’s proposal and broke his heart. Ranvi still loves Gunjan and thinks her anger made her say those bitter words. Veera tells Ranvi that she will never forgive Gunjan for breaking his heart. Gunjan’s mum and Baldev are happy with Gunjan rejecting Ranvi. But her dad feels bad for the good hearted guy Ranvi. He scolds Gunjan and says he is ashamed to have a daughter like this. This taunt hurts Gunjan’s heart and she plans to take revenge from Veera.

Gunjan’s mum tells Gunjan that Veera is not Ratan’s daughter and she is not Ranvi’s sister. Gunjan is stunned and thinks of make use of this fact to hurt Veera’s sentiments. She thinks of making Veera regret on her birth. Veera is soon going to leave for London. Ranvi plans a surprise for her. He organizes a doll show. Gunjan manipulates in between and makes Veera know the truth via the doll show. The kids tells Veera that she is not Ranvi’s sister. Veera comes to know that she is Sampooran’s and Amrita’s daughter and is shaken up. Will Veera and Ranvi’s relation change after the truth is out? How will Veera cope up with this truth? Keep reading.