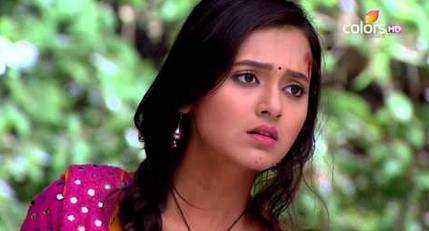 Dipika cunningly takes Jai to a hotel suite to spend a night with him to make her relation with him concrete. So that he can never turn and show his back when their marriage talk starts. She plans a lot and gets him drunk, taking him to the hotel room. Right then, Dhara reaches the hotel room looking out for Jai. Dipika’s dad Jiten wants to meet her to wish her happy birthday. Dipika misses her golden moments with Jai. Meanwhile, Jai and Dhara unite and have some romantic moments.

Jai is unknown of the fact that the girl was Dhara. Dipika fools him saying it was her with whom he slept. Jai starts feeling guilty that he has cheated Dhara and also Dipika. He thinks about the drink which he had and thinks it has something in it. Dipika acts clever so that he does not doubt on her. She makes sure Jai agrees for their marriage.

Even her dad does not want to leave any leaf unturned and offers a big project to Jai’s family, making them burdened by his favors, so that they never say no to Dipika and Jai’s marriage. But Jai is unhappy with this marriage proposal and thinks about his relation with Dhara. Jai thinks of not ending his seven month marriage with Dhara. What will Jai do now? Will his family agree with his decision of staying with Dhara? Keep reading.