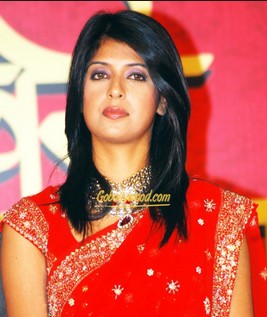 Aishwarya Sakhuja, the gorgeous and bubbly girl is an Indian television actress, model, and an anchor. She has started her career by participating in Miss India 2006 and was one of the finalists. She came into limelight with her role in TV series Saas Bina Sasural as protagonist Toasty. Aishwarya has parcipated in many reality shows like Lift Kara De as a co-anchor, Rishta.com Sukrit(Cameo role), Kaun Banega Crorepati 4 as guest participant, Welcome – Baazi Mehmaan-Nawaazi Ki as a participant, Nach Baliye Shriman v/s Shrimati as a host, India’s Dancing Superstar as a host, Comedy Nights with Kapil in a guest appearance, Yeh Hai Aashiqui in Episode Harleen. She won BIG Television Awards Bechara Character (Female) for Saas Bina Sasural.

Currently, Aishwarya is portraying in Sony India TV’s Main Naa Bhoolungi as Shikha Gupta. Her lively acting as the nonglamourous, distorted looking Shikha Gupta is the main USP of the show. She once said it takes equal amount of hard work to look bad on screen as to look good.

Aishwarya was born on 4th January 1987 in Delhi to an Army officer. They lived in a valley in Arunachal Pradesh. Now, she lives in Mumbai. She did graduation in English Literature from Delhi University. She is currently dating Rohit Nag, a line director.