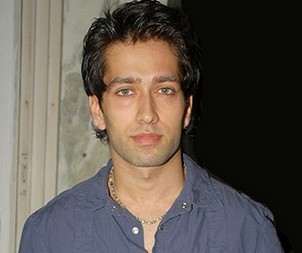 Nakuul Mehta, the charming and handsome green-eyed Aditya of Star Plus television series Pyaar Ka Dard Hai Meetha Meetha Pyaara Pyaara is an Indian television and Bollywood actor and a model. He started modeling during his college days when director Satish Kaushik spotted him and cast him in a soft-drink advertisement. Then after finishing his Master’s degree, he went on to do around 50 TV commercials including one with Shah Rukh Khan in the Clinic All Clear ad. He was quite active in theater too and has done music videos. Nakuul is a very good dancer and knows several different dance forms like like Jazz, Hip hop, break, folk, salsa and contemporary and won two medals at the national ballroom dancing championship.

Bollywood producer Kumar Mangat saw his commercial ads and offered him movie Haal-E-Dil as a main lead Shekhar opposite his daughter Amita Pathak. He also acted in International film Avant Garde Pythagoras Sharma which was shown at European and American film festivals.

Nakuul was born on 17 January 1983 in Udaipur, Rajasthan to Pratap Singh Mehta who is a veteran of Indo-Pakistani War of 1971. He descends from King Prithviraj Chauhan of Rajput Chauhan dynasty of Mewar. His great great grandfather Laxmilal Mehta was the military-in-chief of the Mewar region. Nakuul has done his Master’s degree in commerce from Mumbai University. Currently, he lives in Mumbai with his family. He practices Buddhism. He married Jankee Parekh, a singer, in January 2012.