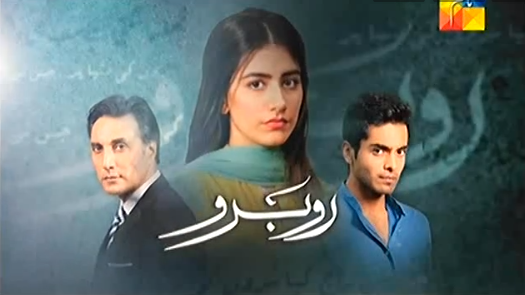 About the show: Ru Baru is the story of a young girl, Shabiha, who after losing her parents moves in with her grandmother and uncles, Jameel and Shakeel and is brought up by them. Sabiha’s grandmother gets her engaged, however, her cousin’s friend Sarmad breaks off her engagement and marries her. It is only after that, that she discovers Sarmad is her step mother’s son and new facets of his obsessive and emotional personality. Find out what the future has in store for the two.

Written Update:
Sarmad and Tipu are seen coming out of the airport. Tipu says we have studied in Turkey for 4 years, but can’t do a job anywhere else. I will join my family business. He asks about Sarmad’s plans. Sarmad says, I didn’t think about it. Tipu asks, you said that after your parents death things had changed at home and that’s why you went abroad. Sarmad says, something doesn’t change. Tipu, don’t worry. He asks, who is coming to take you. Sarmad says no one. Tipu says, my family came to pick me. He asks Sarmad to take care of his things which he brought for Kiran.

Kiran asks everyone to come for breakfast. Tipu hugs his Dadijaa. Dadijaa blames her son Jameel for sending his son Tipu for further studies. She says, you have become thin. Tipu hugs Dadijaa.

Sarmad comes home and imagines him playing with his mom. Servant Karamdeen comes and asks him to have breakfast. Sarmad says not now. Tipu gives gifts to everyone. He asks where is Shabiha. Shabiha is seen making pot. Ariz says, she might not know about your arrival. Tipu’s chachi Saleema says, she might be making sculptures or reading books. She is different from other girls. Dadijaa says, everyone are different. Just look at yourself there is a vide difference between you and your sister Nafisa. Kiran says, ammi is right. Shabiha don’t go anywhere. Dadijaa says, she is very innocent and simpleton and that’s reflects her beauty. Kiran taunts Shabiha. Ariz tells Shabiha that Tipu bhai came. Tipu says, I didn’t know she makes sculptures, in western there is a value for creative artiste. Ariz says her room is haunted like we see in English Films. 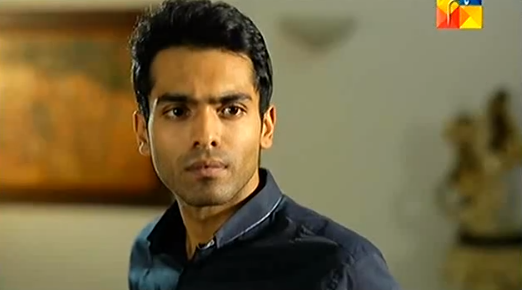 At Sarmad’s house, his servant Karamdeen picks the call. He tells someone that baba has come back. He asks, when did he come? He asks Karamdeen to give the call to Sarmad. Karamdeen says he is sleeping. Other person says, I will talk to him later.

Kiran comes to Tipu’s room. Tipu hides. Tipu stops her way. Kiran seems upset with him as he talked to Shabiha. He asks, are you jealous of her? Kiran says, me and jealous with Shabiha-no way. Dadijaa tells Jameel and Shakeel that they aren’t look beyond their families. She says, I will marry my Shabiha. Jameel and Shakeel says we will get her married. Dadijaa says, Kiran is younger than Shabiha and your wife is talking about her marriage with Tipu. Jameel says, Tipu likes Kiran, what we can do? Dadijaa cries and says what will happen if I dies before Shabi (fondly called as Shabi) marries. She asks them to promise that they will not think about their children’s marriage before Shabiha’s marriage. They promise her.

Dadijaa asks Nafisa to get the jewellery box which she has given her so that she can keep Shabiha’s jewellery seperately. Kiran tells her mom Saleema that you know how much I waited for Tipu and Dadijaa kept this condition. Her mom Saleema says, I know. What is this nonsense condition. Nafisa says, amma is right. Shabiha’s uncles have responsibility towards her. They have to get her married. She asks about the keys. Saleema gives the keys. Dadijaa asks Shabiha to send Nafisa to her. Saleema asks, what is the need of keys? Nafisa says, ammajaa asked me to get the jewellery box. She wants to keep aside jewellery for Shabiha. Saleema says, ammajaa’s world starts and ends with Shabina. She don’t care about our children’s life.

Nafisa says, Shabiha’s mom has right on this property and home. Saleema blames Shabiha’s mom and says she left Shabina with us. Shabiha is haunted, who will marry her? Shabiha hears everything and gets hurt. Saleema says she is unlucky girl. Nafisa sees Shabiha and asks her to come. Shabiha tells her that Nanijaa is calling her. Nafisa asks her what you have done. Saleema says, she is very clever. Nafisa takes Shabiha’s side and says she is very innocent girl. Kiran says it is good that she has heard. Nafisa says, what will happen if Ammajaa knows about it. Shabi recalls about Saleema’s words and gets troubled. she gets an asthmatic attack.

Everyone are sitting for dinner. Ariz tells her that Shabi isn’t well. Dadijaa says, no one informed me. Saleema lies saying I informed you. Dadijaa says, you didn’t inform me. May be you have inform me in your heart. Dadijaa comes to Shabi and asks what is the matter? Shabi cries and hugs her. Dadijaa asks her, what is the matter? Shabi asks her to get Tipu and Kiran married. Dadijaa asks, did anyone tell anything to you. Shabi says, just get them married. Dadijaa signs yes.

Dadijaa comes back and tells that Shabi is not well. She asks Jameel and Shakeel, what you have thought about Shabi. Jameel Ahmed says, Mirza saheb is our friend and he has a son who works in police dept as surgeon. He does post mortem. If you permit then he will come. Kiran says, he might be having knowlegde about dead person. He is suitable for Shabi. Dadijaa gets angry. Shakeel Ahmed asks Kiran to apologize to Dadijaa. Dadijaa asks him to call them tomorrow.

Kiran is upset. Ariz and Tipu comes with food plates. Tipu tries to talk to her indirectly. Kiran asks him to leave. Tipu asks her to eat something. Kiran says, no. Dadijaa insulted me. Ariz says, you should not have said anything to Shabi. Tipu says why you said that. Kiran says, Shabi is like a dead person, lifeless and without feelings. Tipu says, she isn’t that bad. Kiran asks him to marry Shabi.

Ariz hides beneath the table. Saleema comes and searches for him. Ariz gives the magic pencil to Shabi. Shabi jokes with him. Ariz asks her to keep it safely. Saleema asks Ariz, where were you? Jameel calls Mirza and invites him home. He tells Ammajaa that Habeeb Mirza is coming in the evening with his son. He asks Ammajaan to tell Shabi.
Habeeb Mirza comes to the house with his son who looks very much elder. He likes Shabi and tells his decision. Dadijaa says, we need time to think about the proposal. Kiran comes to Tipu and asks did you get only two things for me. Tipu says, I got many things for you. He calls Sarmad to get the things.

Karamdeen picks the call. Tipu asks him to give the call to Sarmad. Sarmad greets him. Tipu asks him to come home and deliver the things. Sarmad asks him to message the address. Jameel asks, what you have thought about the proposal. Dadijaa says, I needs time. Saleema says, it is a good proposal. Dadijaa says, I didn’t talk to Shabi yet. He is very much elder than Shabi and I don’t like the proposal. Jameel says, I can’t keep him waiting. Mirza calls. Jameel picks the call.

Someone comes to Sarmad’s house. Karamdeen informs him that Sarmad went somewhere. Jameel says, groom’s father Mirza asking to finalise the engagement day. Saleema says, we should call them. Dadijaa says, I can’t decide without Shabi’s consent. Ariz asks Shabi to tell some story to him. Shabi asks him to sleep. Ariz runs with her book. Shabi runs after him. Sarmad is sitting in the hall. He turns and looks at her. They have an eye lock. Shabi goes to her room. 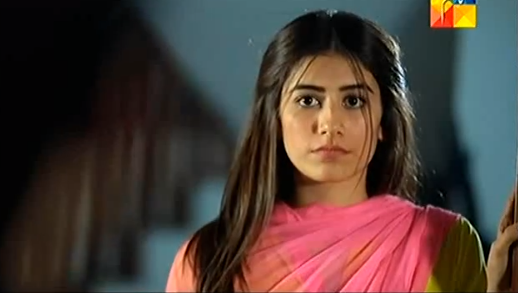 Next Episode:
Tipu tells everyone that Sarmad likes Shabi. Dadijaa agrees for Sarmad’s proposal. Sarmad- Shabi and Tipu – Kiran get married. On their wedding night, Sarmad sits beside Shabi, press her neck and makes weird face. Shabi gets shocked.