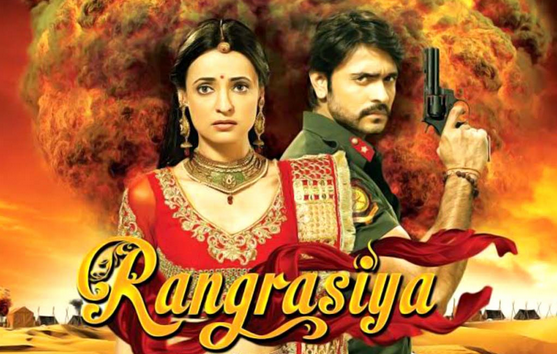 Mohini (Rudra’s chachi) tells Dilsher (Rudra’s father) that she took care of the house and made it a home which was left by her sister and Dilsher’s wife for another man. She asks, if you want this haveli then take it but who will be the heir. Dilsher gets angry and announces that Rudra will get married and will give the heir to their haveli. Dilsher asks Rudra to get married, but Rudra replies it is too late and he always adviced him never to trust nor fall for any woman. Rudra doesn’t wish to get married because of his bitter past. Dilsher gets worried.

Mohini sees photos of girls for her son Sumer. She tells Pandit that she wants to get her other son Rudra married to Paro. Panditji takes their birth dates and compliments the names Rudra and Parvati. Pandit take out the marriage date after 10 days. Paro gets tensed and says this marriage is not possible. Mohini asks why? Dilsher tells Mohini that you are not her mother to decide about her life. Mohini replies, I am doing what you are expected to do. Dilsher is puzzled about Rudra’s decision.

Rudra and Paro have been hating each other from the start, all thanks to the misunderstandings between them, but now they will fall for each other. Chachi asks Rudra to marry Paro after 10 days but Rudra declares his decision about getting married to Paro after four days. He surprises Dilsher and Mohini. Paro refuses to sign on confession papers, what will happen now? Soon they will get married and their marriage will bring them closer never to seperate them apart. Will Paro agrees for the marriage? Stay tuned.