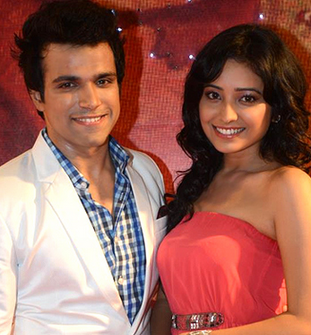 After Arjun comes to know about the clot in his brain, he decides not to tell Purvi about his illness as it would surely upset her. He lowers himself in her eyes and pretends to be happily married to Ovi. Arjun gets arrested in the drug case and Purvi seeks Rishabh Kapoor’s help to release Arjun from jail. Purvi accepts the deal and agrees to marry RK inexchange of Arjun’s freedom. Arjun comes to know that it was RK who trapped him and then got him released from the jail. Arjun tries to explain to Purvi that RK is indeed a very evil person with bad motives. Purvi doesn’t believe him. Ovi too tries to make her understand but in vain.

RK takes Purvi to Pune on the pretext of transferring his property on her name. Pia (Arjun and Ovi’s daughter) plays cupid between Arjun and Purvi. She follows Purvi as she knows RK is a murderer. RK makes Purvi sign on the papers and takes her photographs. He tells his forthcoming plans to his associate Chadda. Pia hears it while sitting in his cupboard. RK suffocates her and Pia gets unconsciousness. RK decides to kill Purvi and Pia together in Khandala tomb. He confesses to Purvi about killing his wife and getting her property. He tells her that her face resembles his wife’s face and that’s why he needed her photographs to get the wealth. He was about to kill them but Pia asks him to kill her and let Purvi go. Arjun and Ovi come there. Ovi pleads with him to kill her and let Arjun, Purvi and Pia go. Arjun and RK start fighting and the bullet gets fired from the pistol, it hits RK and he presumably dies.

Arjun and Purvi get united when Pia tells them that she is the reason behind their seperation. Ovi tells the truth to Purvi about Arjun’s illness. She says, Arjun always loved you. He never ditched you. Purvi gets shocked. They hug and make up for the lost moments. Ovi gets arrested by the police for RK’s murder. What will happen now? Will Arvi go to America for Arjun’s operation? Stay tuned.