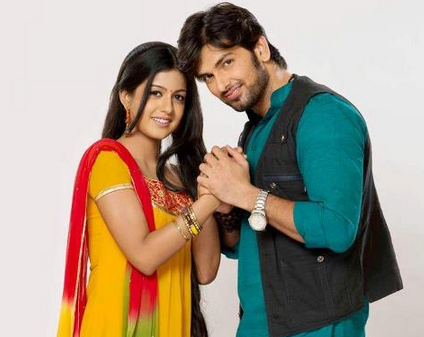 Kanno’s loyal and supportive husband Jai has turned unfaithful. He has an affair with a girl named Pooja. Pooja is a cunning girl who is using him because of his name and power. He is a rich and holds a successful business. Pooja is running after money which Jai at the moment is unable to see. Kanno goes to office taking lunch for Jai to surprise him. But she gets surprised seeing him with Pooja in an awkward moment. Kanno is shocked and slaps Pooja. She drags Pooja to the road and beats her infront of the market people.

We all know about Kanno’s anger. Pooja can’t bear this insult and runs away. Jai runs after her and consoles her. Kanno is devastated by Jai’s act. Poonam pacifies Kanno. Kanno tries to commit suicide but the family stops her. Jai comes home and lies to everyone that he was helping Pooja as she is a widow. Everyone believes him and raise on Kanno for ruining the family name and creating an issue on the road. Poonam sees the real face of Jai and is on Kanno’s side. Poonam brings out the truth to everyone that Jai is really having an affair with Pooja. Will Poonam become the key to Kanno’s happiness? Will Akash support Poonam? Will Jai realize Pooja’s real motive? Keep reading.