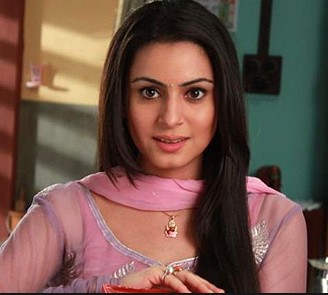 Shraddha Arya, the charming and beautiful lass is an Indian television and film actress and a model. Shraddha started her career as a model. She then appeared in music albums, one among them is Punjabi music video Soniye Heeriye by Shael in 2000. Shen then debuted in Tamil and Telugu films and is one of the prominent actresses of Tamil, Telugu, and Kannada film industry. She acted as a lead in films Kalvanin Kadhali, Godava, Paathshaala, Kothi Muka, Romeo, Romeo, Vandae Maatharam, Double Decker, Maduve Mane, Maduve Mane, Balaraju Aadi Bammardi. She has also acted in hindi film Nishabd where she played a character of superstar Amitabh Bachchan’s daughter and film Paathshaala in an extended comeo role.

She started her TV career as contestant in TV reality show India’s Best Cinestars Ki Khoj 2004. She came to limelight with TV series Main Lakshmi Tere Aangan Ki as protagonist Lakshmi Arjun Agnihotri/Kaanchi Kashyap (Double Role) opposite actor Sudeep Sahir as Arjun Agnihotri. Their onscreen chemistry was well received by the audience. Currently, she is acting in TV series Tumhari Pakhi as protagonist Pakhi opposite Mohammed Iqbal Khan as Anshuman Rathore. Her lively acting and on-off chemistry is the main USP of the show and its high TRPs. Shraddha was born on 17 August 1987 in New Delhi, India. She currently lives in Mumbai.