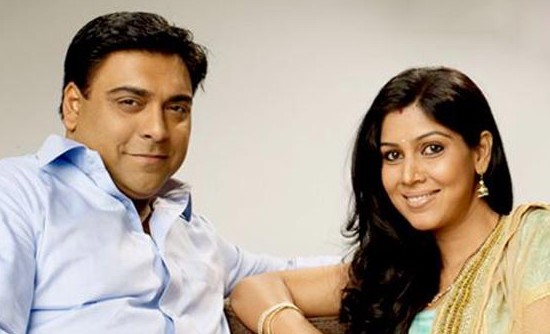 Ram and Priya are trying to bridge the gap between them and are making every possible effort for their reunion. On the Valentine’s Day, Ram thinks Priya has brought I love you balloons for him and therefore plans to surprise her as well. He writes his heart out on the card and keeps it on Priya’s desk. Priya comes to Ram and asks for her balloons. Ram realizes about the misconception and goes to get the card from her cabin. Just then Priya comes to her cabin, Ram hides behind the window on the scaffold.

People gather outside his office and think Ram is attempting suicide for getting rejected by the girl on the ‘V’ Day. Priya looks at Ram on the scaffold and urges him to come back to her. Ram tells her that his legs are frozen and he can’t move his legs. Priya asks him to take the baby steps. She tells him that she loves him very much and can’t live without him. She says I really missed you. Ram manages to get inside. Priya lies to him that she didn’t mean any word she said, but Ram knows that Priya is lying.

Pihu comes to know about Natasha being constantly in touch with Priya and gets shocked. Pihu questions Natasha, why you have chosen to talk to the woman who left me and my family for Suhani. She gets hyper. What will Pihu do when she learns about Ram and Priya sharing the same office space? Stay tuned.