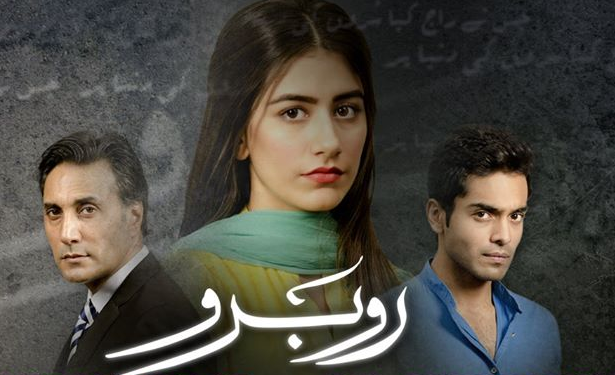 Sarmad stares at Shabiha. Shabiha looks at him and goes to her room. Tipu comes and asks him to sit. Sarmad says, I came to give you the bag. Tipu introduces him to Kiran. He thanks him for the bag. Tipu asks him to have tea. Sarmad says, I will leave now. Tipu is taking bath, Kiran asks him to come and have tea. Tipu comes. Kiran asks him, how to unlock his phone. Tipu says, it is too much. Kiran asks, why you lock the phone? Tipu says, for privacy and asks her not to talk about it.

Kiran comes to Tipu and asks him to change his hair style. She laughs and says you looks like Shabi’s fiancee. Tipu says, I feel we are forcing her. Kiran says, he is perfect for Shabi. Tipu says, you know really well that Shabi is really beautiful girl but a simpleton. Kiran says, it is her destiny. Tipu asks, what you will do if you get engage to him? Kiran replies, I would have die. He is a bad looking guy.

Sarmad thinks about Shabi. Dadijaa tells Shabi that she is going to plan her future. She tells that Habeeb Mirza is a good and respected man and his son Osman is also good. She asks her to tell if she doesn’t like the alliance. Shabi says, my wish lies in your happiness. Dadijaa gets happy and blesses her. Shabi gets engaged to Osman. Tipu takes the photos. Shabi looks lost. She looks at the magical pencil given by Ariz. She cries silently. She thinks, I wish I would have change my destiny. Osman calls and asks Shabi to meet him. Shabi is surprised and gives the call to Dadijaa. Osman disconnects the call.

Tipu tells Sarmad that you would have tell me yesterday itself. I would have stop the wedding. Sarmad says, I wish I could have tell you before. He requests Tipu to break Shabi’s engagement. He says, I wants to marry her anyhow. Tipu promises to do something. He talks with his family. Shakeel says, Shabi is engaged. Tipu says, Sarmad is a nice guy and suits Shabi well. Jameel says, it is not possible now. Dadijaa asks, why it is not possible. Dadijaa says, I really doesn’t like Osman. I agreed because of you. She tells Jameel that she will talk to Hameed Mirza. 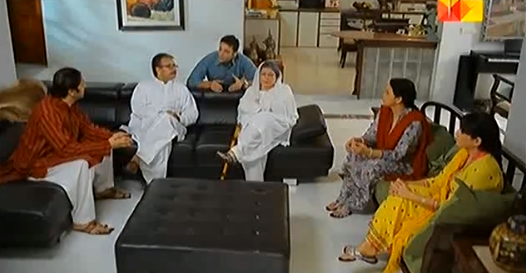 Tipu calls Sarmad and says Dadijaa wants to meet you. Sarmad is happy and thanks Tipu. He congrats him and gives good luck. Kiran talks with Tipu and says what was the need for you to bring hurdle in our marriage. She fights with him and says my time will get wasted. Tipu says, we will marry at the same place. Sarmad comes to Tipu’s house. He is being interviewed by the family. Dadijaa says, Tipu said you are suitable for our Shabi. Dadijaa agrees for the marriage. Osman recalls about Shabi. Dadijaa shows the jewellery to Shabi and says it came from Sarmad’s house. Kiran and Saleema get jealous. Dadijaa blesses Shabi.

Tipu asks Kiran, what is the matter? Kiran says, Sarmad sent a gold shop for Shabi. Tipu says, we will go on a shopping, buy whatever you want. Shabi is getting whatever she deserves. Dadijaa calls Sarmad and appreciates the jewellery sent by him. Sarmad says, I want Shabi to take her wedding outfit of her choice. Dadijaa agrees.

Sarmad calls Tipu and tells him that he is sending money from Driver’s hand for Shabi’s wedding outfit. Tipu says, we are going on a shopping and invites him to come as well. Sarmad hesitates to come but agrees. Shabi tells Dadijaa to buy dress of her choice. She says, I feel uncomfortable in crowd. Nafisa and Dadijaa ask her to select her wedding outfit. Dadijaa says, you have to change yourself.

Sarmad and Shabi comes to the store. Shabi selects the dress. Sarmad gets bored. Next seen shows Kiran sitting as a bride, Tipu comes and says salaam. Kiran gets shy. Sarmad comes and sits beside Shabi after their marriage. Tipu gives ring to Kiran for the muh dikhayi rasam…. Shabi smiles, Sarmad’s mood swings and he grabs her angrily by her neck. Shabi is shocked. He takes her to the terrace and locks the door. Shabi asks him to open the door. He comes back to his room and takes some tablets. Shabi cries. 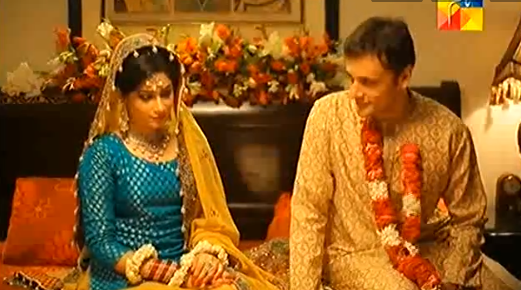 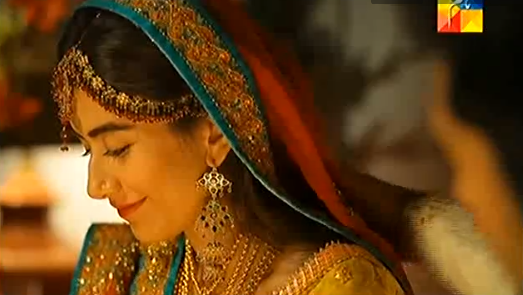 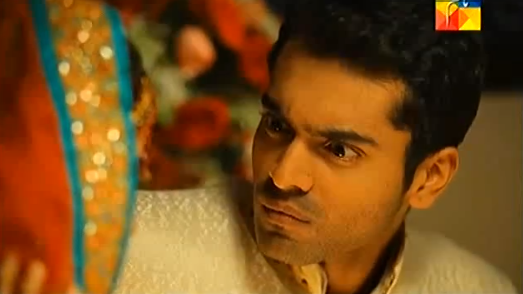 Dadijaa tells Jameel and Shakeel that she wants to go to Shabi’s home. She tells Saleema that they have to take the breakfast. Shakeel says we all will go after having breakfast. Dadijaa says, it is getting late. Nafisa says, we have to take breakfast for Shabi else she will have to listen to taunts. Dadijaa gets worried for Shabi. Sarmad is seen sleeping on the bed. Kiran and Tipu come for breakfast. Nafisa asks her to get ready as they are going to Shabi’s home. Kiran asks Dadijaa, until when you will worry about Shabi. Dadijaa says, until I am satisfied. She asks Tipu to call Sarmad. Sarmad wakes up and looks at the bangle piece stuck on his feet. He comes to the terrace and is shocked to see Shabi sleeping there. 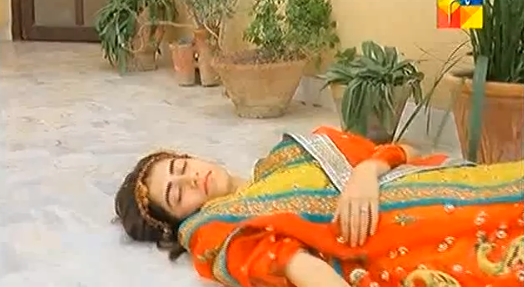