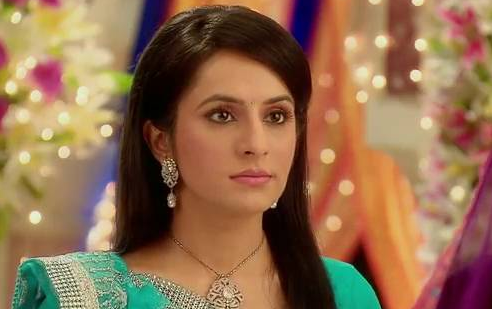 Saachi decides to kill herself to keep her family’s reputation safe from humiliation. She is about to cut her veins but Anandi’s strengthening words stops her. She decides to confront Saurabh. She goes to his house and sees him coming home after partying late night. Saurabh gets shocked to see her and asks her why did you come here? Saachi asks him to accept his crime. Saachi offers to take back the court case if he accepts his crime infront of her family as she wants to prove her innocence. Saurabh says, you looks good, but have no brain and laughs. He refuses to accept her request. He tells her that he will be released from the charges and she will be the one who have to suffer.

Saachi breaks down and cries. Saurabh’s brother, a truthful Lawyer Vivek sees her and comes to talk to her. Saachi tells him that even though you will win the case but ultimately you will lose. It makes Vivek’s wear the thinking cap.

In the coming episodes it will be shown that Judge starts reading out the verdict …..He says because of no proofs, Saurabh is not proved guilty and therefore……Just then Vivek comes and submits the proofs against his own brother Saurabh. He gets the MMS and also the original DNA report from the lab. Saurabh and his parents are shocked. Judge checks the proofs and gives the final verdict in favour of Saachi. Saachi and her family will be thankful to Vivek. Stay tuned to watch the battle against a horrific crime or read it here.