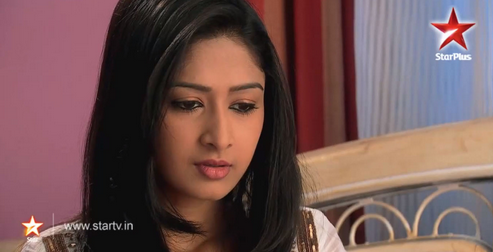 After the vanity van case, where Ranvi saves Gunjan from the bad intentioned Manoj, Gunjan will be asked to marry Ranvi. The story goes like this. Gunjan agrees to Manoj’a favors and he tries to take advantage of her. Ranvi saves her in the nick of the time. Gunjan is not thankful to him and is annoyed as she lost the chance to become the heroine. The entire village gathers where everyone misunderstands Ranvi for misbehaving with Gunjan.

Ranvi saves her and also her image, by taking all the blame on himself. Hope this makes Gunjan understand his love. On the other hand, Veera proves Ranvi innocent. (If you want to know how, read our previous article!!) Gunjan’s father will come to know about Ranvi’s gesture and will choose him for his daughter. He will ask Gunjan to marry Ranvi. He asks her to think about his ill health and then take a decision. Gunjan unhappily agrees for the marriage as her dream of marrying a NRI guy got shattered and she will be landing in the village with Ranvi for her lifetime. Ranvi and Veera are much happy with this happening, but Baldev and Gunjan’s mum are not accepting this heartily. Will Gunjan really marry Ranvi and try some dirty games to stop the marriage? Keep reading.