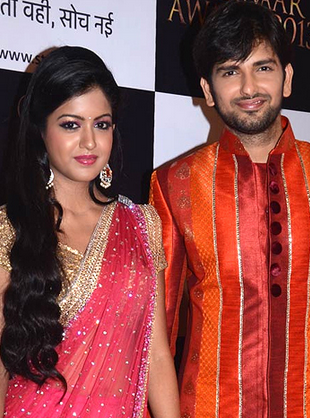 Pooja is a cunning woman who is having an affair with Akash’s elder brother Jai. She is dating him only for his money and property. She fools him in her lovely words and fake hugs. Stupid Jai believes she really loves him and is ready to leave Kanno and give her divorce. Kanno is shocked to know that Jai wants to give the wife’s rights to Pooja. Pooja asks Jai to accept her infront of his family. Jai promises her that soon he will be taking her and will kick out Kanno out of his house.

Poonam comes to meet Pooja and asks her to forget Jai. Pooja replies that she will die but can’t forget Jai as she really loves Jai from the bottom of the heart. Later on, Poonam hears her talking to a guy asking for his help in easing out money from Jai. Poonam is shocked and comes to know her reality. Poonam confides in Akash and they try to explain this to Jai. Jai believes only Pooja as he got blind in her love. Akash and Jai have a fight for the first time because of Pooja. In the upcoming track, Poonam takes a bold step and brings out Pooja’s truth infront of Jai smartly. We hope Jai returns to Kanno and gives her respect and love as before. Keep reading.