The newly weds Tipu – Kiran and Sarmad – Shabi come to the beach for the outing. Kiran takes Sarmad and Shabi’s photos. Some girl comes to Sarmad’s house and asks Karamdeen about him. Karamdeen says, he is not at home. She says, can I sit inside? Karamdeen asks, who are you? She introduces herself as Sarmad’s fiancee Neha. Karamdeen is shocked and looks at her western outfit. Shabi calls Dadijaa and says she is enjoying on the beach. Dadijaa asks, is Sarmad happy? Dadijaa blesses them. Shabi lies that Sarmad takes good care of her. Sarmad asks her, why did you lie to your Nani. You should have tell that I am very bad and doesn’t take care of yours. He says, it reflects on your face.

Tipu and Kiran play with the sand. Sarmad sees Shabi standing near the beach. He gets an attack. He goes near her. Tipu and Kiran hear Shabi’s scream and runs. Sarmad says, he scared her that’s why she screamed. Sarmad tells Shabi, what if I would have really pushed you? He smiles. Shabi is shocked. 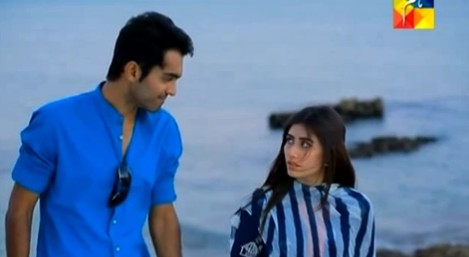 Sarmad and Shabi come back home. Neha rushes to meet Sarmad. Sarmad gets down the car and introduces Shabi as his wife. Neha is left shocked. He tells Shabi that Neha is his college friend. Neha sits in her car and leaves. 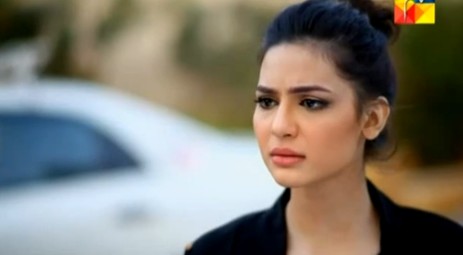 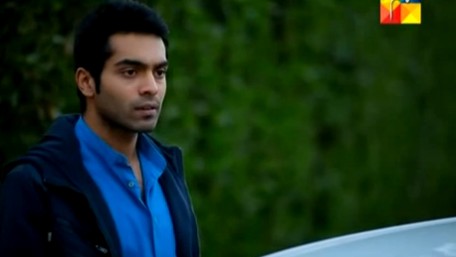 Arif Uncle is waiting at Sarmad’s house. He asks Sarmad, you got married and didn’t inform me. Karamdeen informed me about it. He introduces Shabi as his wife. Arif uncle says, I am his Khalu and her father’s friend. Shabi asks him to have tea. Uncle says, I just had it and leaves. Shabi thinks he might know everything. Kiran shows Picnic pics to Saleema. Kiran comes to her room and sees Tipu talking to his friend Kathy. She gets angry. Tipu explains that she was his friend like Sarmad. He sees the photos and says it is good. Kiran is still annoyed with him.

Sarmad thinks he is very ashamed…He says, Neha. You was my life….Sarmad gets restless in sleep. Shabi wakes up and asks what happened. Sarmad says, I hate you. I left my love for you. Shabi asks, then why did you marry me? Sarmad says, to hate you even more. Your beauty is like a punishment to me and then I start hating myself. He hurts her. Shabi cries. Sarmad cries miserably. Shabi feels pained. 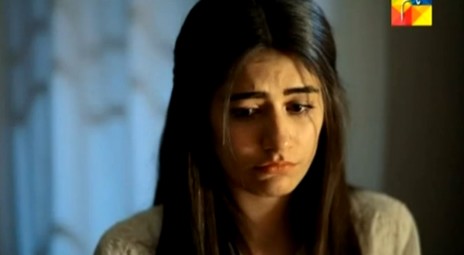 In the night, Kiran wakes up and goes out of her room. She tries to get Kathy’s details from Tipu’s phone. Nafisa sees her and asks her to sleep. Tipu asks her, where were you? Kiran says, I went to drink water.

Kiran tells Tipu that she uploaded so many pics of their outing. We should go on a trip again. She reminds him of his promise of honeymoon. Tipu is lost in phone and says something happened to my phone settings. Kiran says, it might be hanged. Uncle calls Sarmad and asks her about him and Shabi. Sarmad says, she is fine. Uncle says, I want to invite Shabi’s family for the dawat to know each other. Sarmad disconnects the call and switch off his phone.

Uncle calls at Sarmad’s house. Shabi picks the call. Uncle greets her. Shabi tells him that Sarmad is not at home. He says, I want to talk to you about Sarmad. Shabi says yes. Uncle says, He is very arrogant. I am very worried for him. I am his legal guardian after his parents’ demise. He says, if Sarmad doesn’t like anything then he will be very angered. He is like a kid and asks her to be caring towards him. He ends the call. 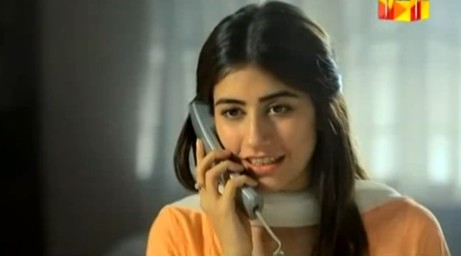 Tipu tells his father Jameel that he thought to spend time with his friend. Jameel says, give us some time. He asks Tipu to take his responsibility of the factory. Jameel says, I saw the factory growing like a kid but I have grown old now. Tipu agrees to handle the business.

Shabi thinks about Uncle’s words. She thinks I came in his life with his choice. What happened to him? Saleema tells Nafisa that keeping jewellery at home isn’t safe now. Dadijaa comes and says I was thinking to call Shabi home. Nafisa says I talked to her. She says, she will come home. Sarmad goes somewhere. Shabi calls him but his phone is switched off. Ariz misses Shabi and gets teary eyed. Dadijaa says, she is missing her too.

Kathy calls Tipu. Tipu says, I didn’t call you. He says, I will come you back. He recalls Kiran making excuses.

Next Episode:
Tipu scolds Kiran for using his phone without his permission. He warns her not to do anything like that in future. Dadijaa asks Jameel and Shakeel to transfer Shabi’s share on her name. Sarmad says, I hate your beautiful face and hairs. 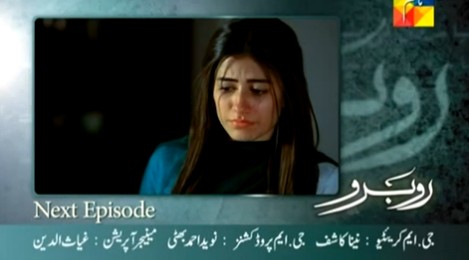