Don’t underestimate the power of a common man. Yes, you heard it right. SRK’s day in my blog today. No, it is not his birthday today!! I am just sharing his line which became a hit with Chennai Express. It is true to much sense. A common man can do anything if he wills. Never think the dreams of a common man won’t come true. Big dreams indeed and the hardship behind it becomes a success story. Always live to learn as it glorifies your age. Think of the jungle and you as the lion. This is my line of attack.

Lots of philosophy done, let’s talk about the much hyped show Satyamev Jayate. It is going to start tomorrow, Sunday 2nd March 2014 at 11 AM IST. We will be covering its update on the same day. Last season was good with social causes, this season too will be monitoring the ‘not understood’ changes in the society. We really need a change, so bring it on!! The world is a small thing to change as the hardest thing is to change oneself towards the welfare of others. Fight with your inner self and bring on the good side of you. Let’s learn as it’s never late!! Also, keep glued to TellyReviews!! 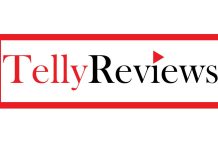