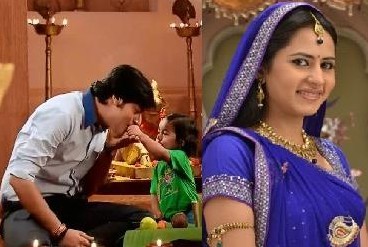 While everything seems to be good on Saachi’s front as she was won the court case against Saurabh and got the justice. She is well accepted by her parents and family. She has changed for good and promises Anandi to remain the same. Anandi stands by Saachi and hopes that Saachi forgets the trauma.

Saurabh’s brother Vivek was treated badly by his parents for supporting Saachi and submitting the proofs in the court. He leaves the house as his parents accuses him as greedy for choosing the truth. He feels bad as his parents failed to understand him.

At the other end, Jagya and Ganga’s life was going smoothly after the adoption of Mannu, but things were not same as always. Mannu starts feeling pain in his stomach and feels dizziness. Jagya checks him and asks Ganga to bring him to the hospital, to get the check up done by the pediatrician. They take Mannu to the hospital. Doctor checks Mannu and tells the reason about Mannu’s frequent pain. Jagya is shell shocked and recalls the time spent with Mannu. Mannu might be suffering from deadly disease and that’s leaves his parents in shock. Stay tuned.