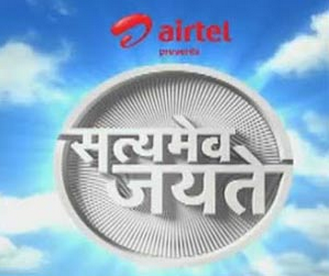 This program is to serve the people of India. To fight against the social odds and to talk about the serious matters of the society. Aamir greets everyone and starts the show Satyamev Jayate season 2. He tells about the 16th December 2012 Delhi gang rape case which has shaken the country. The girl was brutally raped and was left to die on the road. The criminals thought they will be easily pardoned, but the country took a big step in fighting against the criminals and getting them punished. Aamir says there is no change on police grounds and the police is still being negligent which don’t take the FIRs against the rape cases. The system is not changing, while the people are changing as they don’t want to tolerate more.

The family of the victim goes through a tough time. Think about the victim, what are their wounds, physical, sexual as well as mental wounds. Will they be able to cope up from it in their lifetime? The show tells few rape cases happened with minors, women, and also some old women aged between 70-90s. There were brutal rape cases, first doing the rape, then putting acid in the eyes and cutting the body in pieces. Throwing the raped girls on the railway track. The family tells about their trauma. The minors have also been raped from the age group 4-15 years. A girl‘s tongue was cut so that she could not report her rape. 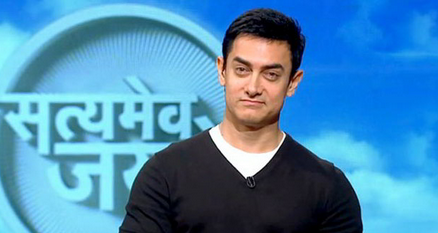 1,01,041 rape cases were booked in 2012, which were pending trial cases. Out of which 3563 cases were completed, that means only 3.5% criminals were punished. These figures are only for the cases that were booked, not the ones where people don’t even complain. The rape cases are increasing. One such case was of a girl who was repeatedly raped, but the police did not take her rape case and refused to write the FIR. The girl was burnt alive when her parents were not at home.

Aamir talks to her parents who share their incident. The girl’s father tells how the police avoided to file the FIR, the police did not help them despite their duty to help the civilians. Aamir says somewhere in the country, the other type of rape is happening even in the police stations and hospitals where the victim goes to seek help. The police asks the victim to compromise and asks them dirty questions. The victim are left with no option than to commit suicide.

Shamina Shafiq, Member, National Commission for Women, talks about her take on this issue. She tells about the police attitude. They try to find fault in the victim. Now, it is compulsory for the inspector to write the FIR else he can be booked under section 166 and can be sent to jail for 2 years.

A woman runs to hospital to get the help after the rape as she has to deal with her wounds. A hospital is the place where people go in the hope of help. But the hospitals are worse than the police stations. There is no support but a re-trauma. There is no confidentiality and the doctors with the staff gossip about the victim. The two finger medical test is prohibited but is still done in many hospitals, the doctors treat the victims as if it’s a rape done again on the victim. The poor people can never get justice. The doctors discourage the victims scaring them not to go through medical tests.

Sangeeta Rege, a member of CEHAT, speaks about the scene at the hospitals. She says the doctors did not regard the victims as patients, but as a subject of proof. The victims can get HIV infection, and also pregnancy. An 8 yr old girl was raped and brought to the hospital and no one attended her. She was taken to the private hospital where she was taken for the operation which has needed. She shares that medical books ask the doctors to see the victim with a doubt and be careful that she can accuse you of rape. Aamir says so this is what taught to the medical students.

Dr. Nikhil Datar, Senior Gynaecologist, shares his service to the CEHAT foundation and how he has developed a helpful kit for the hospital which helps in medical examination of the victims. Aamir tells about the court trials where a woman goes to seek help and justice. A woman shares about her experience at the place of justice. She tells that she has given the medical test and booked a FIR. She lived to get justice. She says everything was clear and the judge said she won’t need to come again in court, but the accused got the bail.

A woman who went to court for justice, went through hell there. The lawyers asks dirty questions which breaks the victims. The lawyers asked the woman to explain clearly how the rape happened. This encouraged the accused. Aparna Bhat, Advocate tells about the court cases. A victim is not given a lawyer, the accused is given a lawyer for his defense. She tells about the loop holes in the system.

Is there any way that can solve this major problem. Justice Usha Mehra gave a suggestion that there should be good doctors at the notified hospital and righteous police help. A minor girl was raped and warned not to tell her parents. But when the parents came to know, they fought for justice. Sarika Sinha, Action Aid, asks if a dog bites you, do you lose your respect? No, your family is with you. But if this happens with a woman, no one comes to help her. Rape is not about sexual urge, but about power and politics. Don’t support the rapist, if the society aims to insult the rapist, then the cruel men will not think of rape.

Few women shares her rape incidents. Suzanne Jordan tells that she got the strength from her children. She says she has come over it now. Initially she tried to commit suicide where everyone blamed her for the incident. Then she chose to fight as she had her family with her. Urmila Singh Bharti tells her husband supported her and made her stand for fight for justice. Normally, when a married woman is raped, their husbands leave them thinking she has lost respect and is of no good for him. But Urmila’s husband stood by her and inspired her to punish the guilty.

The band plays … Deeware unchi hai, galiyaan hai tang, lambi dagar hai par himmat hai sang, pau pe chaale hai, saanse hai bulaand, ladne chali hun azaadi ki jung, bekhauf azaad hai jeena mujhe………. (Walls are high, lanes are narrow, the way is long but courage is with me. My feet are hurt but breath is strong, I started to fight the war of freedom, I want to live fearless and free…. )Let’s conclude the episode now. Fight against the wrong. Be precautious not to get under any sight of wrong intentions. Nevertheless, India has to change. Bring the change. Satyamev Jayate. TRUTH ALONE PREVAILS!! 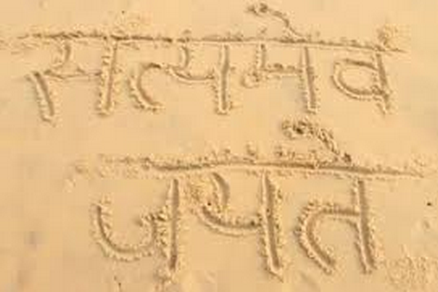