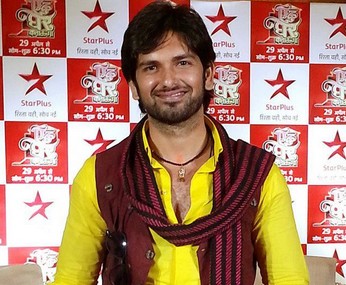 Rahul Sharma, the handsome and innocent looking Akash Garg of Star Plus TV series Ek Ghar Banaunga is an Indian television actor. Rahul did theatre workshop conducted by National School of Drama and decided to become an actor. He is a highly spirited personality and didn’t give up his acting dream until he got a chance to work in TV serials Kahani Chandrakanta Ki and Teri Meri Love Stories after a struggle for nearly 3 years and nearly thousand auditions.

Currently, Rahul is playing a character of Akash Garg in Star Plus TV series Ek Ghar Banaunga opposite Ishita Dutta as Poonam Akash Garg. His character as a lovable, kind hearted and responsible small town guy Akash who is always ready to help his family is well-received by the audience. His on-screen chemistry with Ishita Garg is the main USP of the show and its TRPs.

Rahul was born on Dausa, Rajasthan. He completed his 12th standard and was dreaming of doing MBA, hence the joined a college in Jaipur but left studies in between to pursue his acting dream after he did a theatre workshop by National School of Drama. According to the sources, Rahul is dating Ishita Dutta, his co-star from Ek Ghar Banaunga.