Ali tells Shanze that he wants to meet Alisa. Shanze says, Alisa doesn’t want to meet you. Ali says, what happened with her after that incident? Shanze says, Bauji is angry with her. Nobody believed her. She cried a lot. Ali says, I want to do something for her. Shanze asks him to be away as Alisa holds his responsible for her sufferings.

Ali comes to Bhai Miya at his work ship. He requests him to talk to him once. Bhai Miya says, I don’t want to talk. Ali says, I am helpless. Bhai Miya says, we are helpless, only God can save us. Because of you, my reputation has fallen down. My respect has no value. Today people don’t want to shake hands with me. They are refusing alliance for my daughters as one of my daughter was seen stepping down from your bike. He asks, who will marry my daughter? Who will help me regain my respect. Ali says, I will marry your daughter. Bhai Miya looks on. 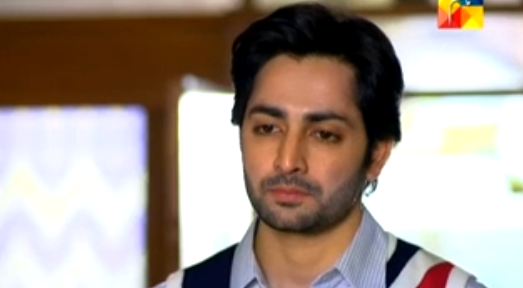 Khalid waits for Iqra outside her home. She comes inside and is shocked to see him. Khalid says, I came to meet you. Iqra asks him to leave. Khalid says, you loves me. Salman comes. Khalid makes excuse and leaves.

Bhai Miya calls Ali and says, tell you family to come with the proper proposal. I accepted this relation. Safia scolds Ali for apologizing to Bhai Miya. Ali says, I loves Alisa. I want to protect her respect. Safia asks her to think carefully. Ali asks her to be happy with his happiness. Safia says, I am happy. Alisa protest and says I don’t want to marry him. I don’t love him. Zainab says, you have to love him. Alisa says, I just loves you. I didn’t do anything. Zainab says, your bauji ihas decided. Alisa says, you are sacrificing me for the respect. Zainab asks her to talk to Bhai Miya. Phuphu taunts Maheen for Alisa’s alliance. Maheen says, her parents will decide about her betterment. Phuphu asks her to talk to her parents. Maheen says, it is their matter. Phuphu pretends to be caring. 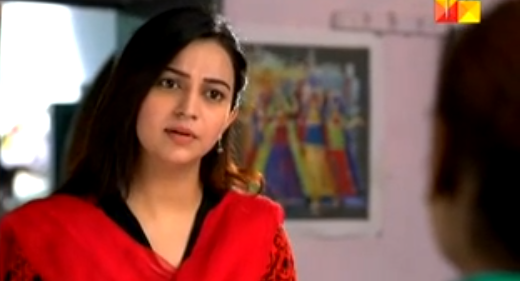 Sayeed asks Salman about the new shop. Salman says, will start in 2 days. Sayeed tells Rafia that Salman is taking care of the new shop. Rafia gives credit to Iqra for Salman’s achievement. Salman gets angry. Iqra says, I am getting vomiting sensation. Sayeed and Rafia sign each other as if Iqra is pregnant. She asks Iqra is everything alright. Iqra says, I am fine. Rafia says, I will make something for you. Zainab calls Iqra and says everyone miss you. Zainab says, why you didn’t come? Iqra says, you also didn’t come. Zainab says, We miss you very much. She tells her about Alisa and Ali’s engagement and invites them. Iqra says, you didn’t tell me before. Ali is a good boy. Iqra says ok. Iqra asks Rafia. She asks him to go.

Rafia tells Sayeed that Iqra might be pregnant and thinks to get the check up done by the doctor. Sayeed gets happy. Iqra tells Salman that she needs to take his permission. She says, amma invited me for my sister’s engagement. Salman says, no one will go. He gets angry and asks her to go for forever else no. Iqra is sad. Zindagi plays………………. 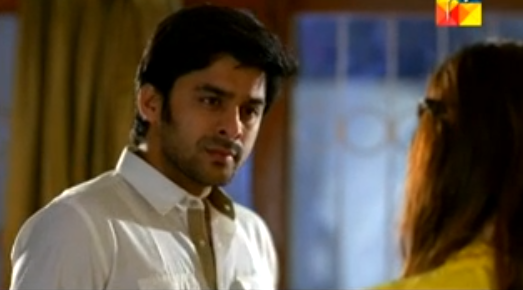 Safia comes for the engagement. Phuphu asks Safia about her relatives. Safia says, Ali’s phuphu is in hyderabad and his father is no more. Phuphu says, we have to enquire about the people before giving our daughter. Zainab says, they are no strangers to us. Phuphu says, why Iqra didn’t come. Zainab says, Iqra is fine and Alisa will also be happy. Zainab says, I called her but she is not well. Phuphu taunts her.

Bhai Miya asks Maheen to call Alisa. Alisa tells Maheen that no one is listening to her. Maheen says, Bauji took the decision thinking about the situation. Maheen says, he is a good guy. Alisa says, I won’t be happy with you. Maheen asks him to accept it. Alisa refuses. Maheen asks her to trust her. She takes her for the rasam. Safia does the rituals and tells Zainab that Alisa has become her daughter. They congrat each other. Safia asks Phuphu to pray for their happiness. Phuphu taunts Alisa infront of everyone.

Rafia tells Iqra that they will go to doctor. Iqra says it is not needed. Rafia insists. Alisa tells Shanze to organise her meeting with Ali. Shanze says okay. Alisa says, everyone think that I don’t have any dreams. Shanze asks her to be patient.

Doctor checks Iqra and prescribes the medicine. She says it is a stomach problem. Rafia is disappointed. She asks Iqra to go out. Rafia asks Doctor about Iqra. Doctor tells Rafia that there is no good news according to the test.

Alisa accuses Ali for maligning her reputation. She says, I just befriend with you but now I hate you. You tried to possess me. Ali says, I gave the proposal to save your respect. Alisa asks him not to take her name from his mouth again. 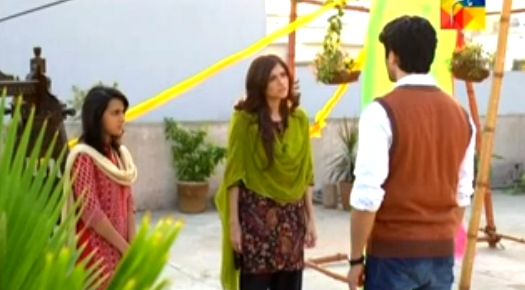 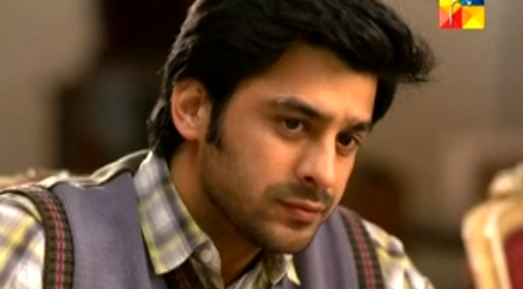 Next Episode:
Khalid calls Iqra. Iqra says, why you are spoiling my life. If Salman or anyone see you then my life will be finished. Salman hides and listens. Ali tells Alisa about their alliance. Alisa says, I hate you and everything related to you. Khalid calls Iqra and says I am waiting for you at the park. Iqra says, I can’t come as Salman is at home. Salman hears them from the other phone.