Salman thinks about the misscalls and opines that something is hidden from him. He sleeps. Ali recalls about Alisa’s words and hatred. He thinks, did I deserve the hatred? My intention wasn’t bad. I tried to protect you from the humiliation. Khalid calls Iqra. Salman picks the call but he doesn’t speak. Iqra looks on. He calls again. Iqra picks the call and asks him not to call her. Khalid says, I am trying to settle down with you.

Salman gets a phone set from the store room. He plugs it. Phone bell rings. Iqra wakes up and goes to pick the call. Salman opens his eyes and follows her. Iqra picks the call. She says, if Salman or anyone else know it then everything will be ruined. Salman is sleeping now. He says, I will call you when he is not at home. Salman hears from the other phone and is shocked. Sayeed asks Salman to go to the shop early. Salman thinks, shall I tell them. He plans to catch her red handed. 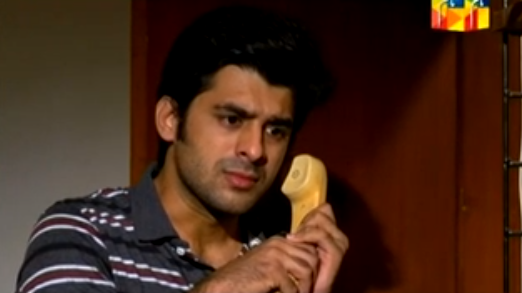 Zainab asks Alisa to make up her mind. Alisa says, you have decided my future. You have fixed my alliance with the person who was apologetic to Bauji. Zainab says, he forgave him. Alisa says, bauji didn’t ask me before fixing my marriage. Zainab says, we didn’t ask Maheen or Iqra. I want you to be happy like Iqra. Alisa says, I will die one day. Zainab asks Alisa not to insult Ali next time. Shanze says, Ali bhai is very good. Alisa asks her to marry him. Shanze says, there is no point to make you understand.

Salman recalls his ladylove Iqra’s words and thinks to expose his wife Iqra infront of his parents. He gets frustated and tries to stab her with knife, but controls himself. 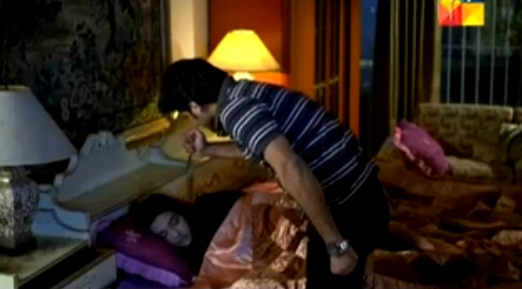 Ali tells Shanze that he don’t know how to convince Alisa. Shanze says, I am with you. She asks him to proof her that he is innocent. She asks him to take chocolates for her. Ali thanks her. Khalid keeps calling on Iqra’s number. Phone bell rings. Rafia asks Iqra to pick the call. Salman asks Rafia to iron his shirt. Iqra picks the call and asks, why you want to ruin my life. Khalid says, you are my jaan. Iqra says, I don’t love you. Khalid asks her to meet him tomorrow. Iqra says, I can’t come. Khalid asks her to meet him at 1 pm central park and promises to go away from her. Iqra agrees. Salman fails to listen to their conversation.

Ali comes to Bhai Miya’s house and gives sweets to Zainab. Shanze talks with him. Shanze says I will tell Alisa to make tea. Zainab says, go and bring tea. Shanze asks Zainab to take her medicines. Shanze says, I will give you medicine. Zainab goes to have medicine. Shanze asks Ali to talk to Alisa. Ali goes to kitchen and calls her name. Alisa gets angry. Ali says, our alliance got fixed. Alisa says, I send the laanat on the alliance. He gives her chocolates. Alisa says, I hate chocolates. Ali is shocked and hurt. She says, I hate you, your face and everything connected with you. Kisay Apna Kahen plays…………… 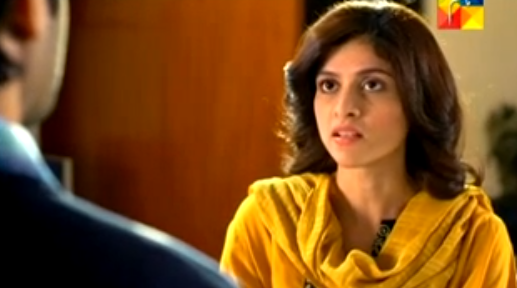 Iqra offers Namaaz and prays. She recalls Salman’s hatred and Khalid’s loving words. Zubair comes to Bhai Miya and says I couldn’t attend your daughter’s marriage. Zubair lies to him about collecting funds for the farmer’s daughter. Bhai Miya asks him to give the money for that girl’s marriage. Zubair takes the money.

Ali comes with sweets again. Shanze opens the gate. Ali asks her to go and send Alisa. Ali rings the bell again. Alisa goes to open the gate. She gets angry on him. Ali says, ammi prepared kheer. Alisa asks him to mix poison and eat. Ali is hurt. Kisay Apna Kahen plays………..Ali’s friend asks him not to get scared from her. Ali says, I couldn’t convince her. My story is not moving forward. His friends asks him to be a man. Ali says, I want to live with her. I will find the reason for her hatred. 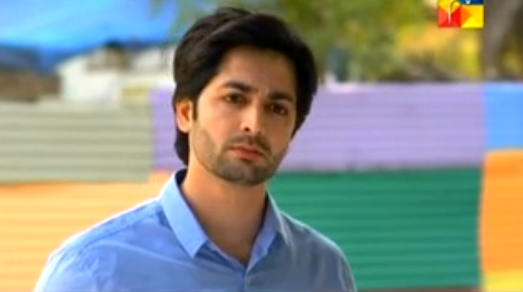 Salman comes and asks Rafia to make tea. Phone bell rings. Iqra picks the call. It was Sayeed’s call. Sayeed says, ask Salman to come to the shop. Salman hears the conversation from the other phone. Rafia tells Iqra that she is preparing the dish. Salman and Iqra wait for Khalid’s call. Khalid reaches the park and cals Iqra. Rafia asks Iqra to pick the call. Khalid says, where are you? I am waiting. Iqra says, I can’t come. Salman is at home. Iqra asks him to understand her helplessness. Salman hears everything. Rafia calls for Salman. Salman is burning in anger. He thinks to catch her red handed. Salman comes and says Rafia that he is going to the shop. Khalid waits for Iqra at the park. Khalid calls her. Iqra says, I am coming. Khalid smiles. 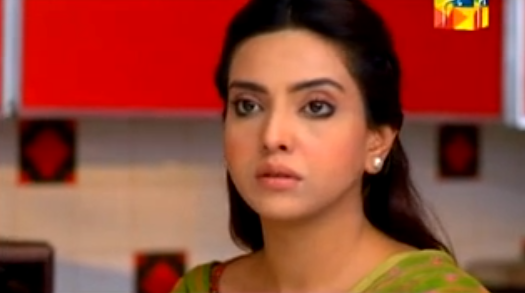 Next Episode:
Zainab calls Bhai Miya and tells him to come home in a worried voice. Salman tells Rafia and Sayeed about Iqra’s affair. Nazim Saheb comes with the police to lock the workshop. Bhai Miya is shocked.