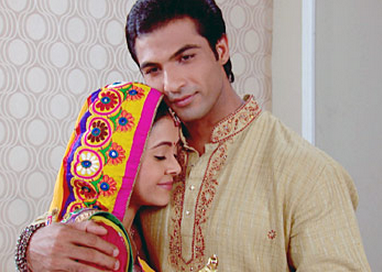 Ahem will be the angry man who would get his temper down on the poor Gopi for many reasons. Firstly, he thinks Gopi is responsible for Meera’s death. He is not aware of the fact that Meera survived. Secondly, Ahem is angry as Gopi has hidden about the birth of their second daughter Vidya. Will Ahem be able to forgive Gopi? The answer is No. Reportedly, Vidya does a deception and makes Ahem and Gopi get married. We will have to see how she does that. It is good that Ahem did not marry the cruel and selfish Radha.

Soon after a tiff between Ahem and Gopi, where he fires her for hiding about Vidya and not accepting her back in his life, Vidya will go missing. She will be wandering on roads calling out Gopi mum. Gopi will look out for her and have her believe in her Kanha ji. Little Vidya will also pray to Kanha ji and would be successful in reaching Gopi. Ahem would not be able to see Gopi and Vidya leaving in an auto. Vidya will be bringing Gopi home as she now knows that Ahem is her father. Will Vidya succeed in uniting her parents? We will update you.