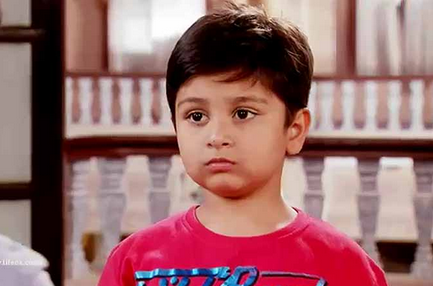 Ayaan was unaware of the fact that Anshuman loves Tanya and not Pakhi. He did not know that Anshuman wants to get rid of Pakhi and wants divorce from her. Ayaan imagined a happy family and his dreams shattered when he saw the divorce papers of Pakhi and Anshuman. Ayaan is much hurt and gets angry on Pakhi for deciding to leave him. He requests her to always be his mum and never leave him. Anshuman tells Ayaan that it was his decision and it is not Pakhi’s mistake.

Ayaan can’t get anything from anger. He calms down and plans with Girish. Girish asks him to think of some plan to outdo Tanya and bring her truth out infront of Anshuman. Girish says Tanya is a superficial girl who does not love Anshuman and she does not deserve him. Ayaan plans a secretive mission against Tanya. Girish offers his full help. Ayaan decides to make Pakhi permanent in Anshuman’s life. Will Ayaan succeed in his plan? Will Tanya lose the challenge given by Pakhi? Hope positive!!