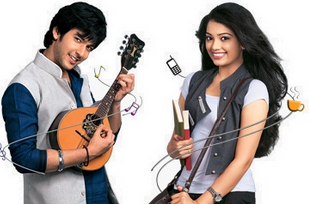 Veera did the sting operation and came to know that it was Gunjan who went ahead with Manoj in the vanity van by her wish. She is shocked to get the truth out by Manoj. Veera is shaken by Gunjan’s baggy character. When Chaiji calls Veera and tells her about Ranvi getting married to Gunjan, Veera tries hard to stop the marriage.

Veera’s bike fails on the way and she has to take lift from a guy. She reaches the spot and is super shocked seeing the marriage getting completed. She takes Ranvi with her and tells him the whole and disgraceful truth about Gunjan. Ranvi already knows it and has no qualms about it. Veera tells Ranvi that she won’t accept such a marriage of two unequal personalities as Gunjan no way deserves him. She plans to break his marriage. Veera is about to tell everyone about Gunjan’s move for getting selected for the heroine’s role. Will Ranvi stop Veera from taking this step? Keep reading.