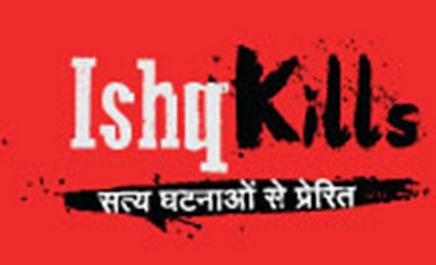 Marriages are made in heaven, why do some marriages become the house of evil. Every husband should protect his wife, but does that happen always. Deven and his wife Meeta were happily married. Meeta was very much in love with him and was ready to do anything for him. One day, he came home in the morning. Deven gives her Rs. 50 lakhs rupees and asks her to keep it safe. He says I was gambling all night, I lost a lot of times but atlast won. She trusted him more than herself but did not like his way of living. She could not accept it by heart.

Deven took every risk and wanted to win always. He played games and the life was going on simply like that. Deven invites some people at home to gamble. She tells him that she does not feel good as a man looks at her in bad sense. The night passes and Deven lost everything, the fate did not support him this time. There was nothing left and they had to shift to a poor place. They started a new life and she still loved him. Deven gets angry when she says I will work to help you financially.

She was thankful that maybe these bad days will bring him closer to her, but no he was getting away from her. Their love was decreasing. The old man Nilesh who stared at Deven’s wife meets him one day and tells him something. Deven is shocked and comes home. She asks what happened, did anyone tell you anything. He says Meeta, we will be getting Rs. 3 crores. She gets happy that they will be financially stable again. He cries. She asks why are you crying. He says he wants you in return. She is shocked and says are you joking. 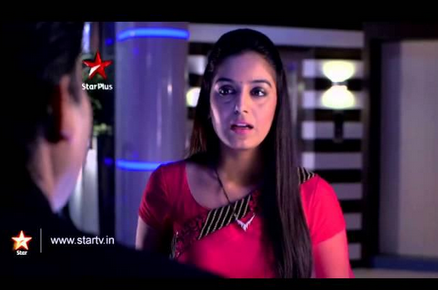 She asks what did you reply. He says even I was shocked to hear it. She says why did you not kill him. He says I need money, only he is the one who can help me. He says he is my last hope. He says I don’t have any problem in this. She says so? He says if you don’t have any problem then….. She says how can you say this, I won’t do anything. He says I will die, then you will know, will I be happy seeing you like this, I was also hurt. She says don’t ask me to do this. I love you a lot. He says its shit. She says it’s true that I love you and I preach you. She says you can test me, what to do to prove it to you. I always supported you.

He argues with her and says can you sell yourself for me? She says can you see me with someone else? He says we don’t have any option, I can’t beg anyone. She cries seeing his shameless request. She says I m ready only for your happiness. I don’t want to see you wandering around, I can’t see you beg anyone. She asks will you still love me. He says I….. She says I want only your love and happiness and hugs him.

She thinks about Deven’s words and comes to that man Nilesh. She spends the night with him. Nilesh says I gave Rs. 3 crores for you and it’s a huge amount, so I will be sharing you with all the men I know. She is shattered and the story of prostitution continues. She came back to their old house with Deven. But now she was a changed woman. Deven keeps some distance from her thinking she might have got any sexual disease like HIV. She gets offended by his question. 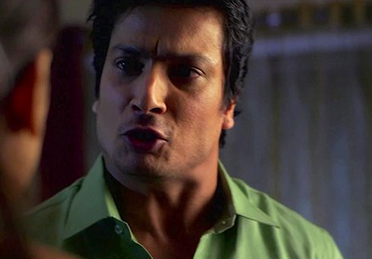 Nilesh calls Meeta and says there is one friend of mine, it’s a good party, think about it. She meets the man. The man asks her to clean the floor. She says I won’t, I m not a maid. She leaves and comes home. She tells this to Deven. Deven says I know, Nilesh informed me, you did not do right, why did you come back, you should have stayed there, he wants you there. She says he is a devil. Deven says I know him. He convinces her to go back to him. She cries and says no, he is not human, please spare me. He says no, I have to do this, once the loan is over, we will leave this city. She goes back to that man. She hears Deven talking to Nilesh and is hurt.

Meeta sees Deven with another woman. She is devastated thinking she did all this for Deven and he does not love her. She starts ruining Deven with the help of Nilesh. She comes home and Deven asks her about her withdrawing money from bank. He says its my money. She says its my money, I earned it, I needed it and I took it. They have an argument. She confronts him about his affair. She says if you want money, go and earn. Deven thinks about Meeta’s words and gets angry. He gets hit by some car and is brought to hospital. The doctor tells Meeta that he needs rest till one year but he is safe now. Meeta comes to see Deven and says congrats, now you will be on bed for one year, helpless, this is the punishment Lord gave you and the rest I will give you.

Deven sees a changed Meeta. She taunts him. She says I m your wife who is coming to see you daily, not like those women with whom you hanged around. She laughs on his ill state thinking about his taunts to her before. Deven cries. She brings him home and he gets jealous seeing her talk sweetly with Nilesh. He starts realizing his mistake. He apologizes to her. She says she will never forgive him as he has put her in this bad world making her a call girl. She took revenge from Deven but she did not get peace, she was still in love with Deven.

She comes home drunk and brings a man with her. Deven is shocked to see her. She tells him the same words which he told her. The man says I m sorry, I m leaving. Meeta says he left. Deven says there is nothing left now. She says I m lost because of you. He says I want my wife back. She says now it can’t happen as a wife turned into a call girl and a call girl can’t turn into a wife. He thinks about her words and takes a gun from the drawer. He says I did wrong with you, but I won’t let this side of you play with you. She says now I m habituated. He says I have one way now to free you and shoots her saying I love you. She dies realizing his love for her as he freed her from her worst life. He shoots himself also. If anyone plays with your heart, its his mistake, if it happens again, it is your mistake for giving him the chance.