Iqra comes to Rafia and says her Ammi’s health is not well so she wants to go and see her. Rafia says, we will go on the evening. Iqra says, I want to go now. I will go alone. Rafia asks the servant to get Auto for her. Iqra sits in the auto and leaves. Salman follows her in his car. Iqra comes to the park and goes inside. Salman comes. Khalid is happy seeing Iqra. She says, I came here with lot of trouble.

Khalid says, it happens in love. Iqra says, I am married woman and I am happy. Khalid says, you aren’t happy. Iqra says, I came here, but that doesn’t mean that I love you. Khalid holds her hand and says my love brought you here. Salman sees them together and gets angry. Salman comes and slaps her hard. Iqra is shocked. Salman says, this is your reality. I will tell everyone. Salman drags her and takes her in his car. 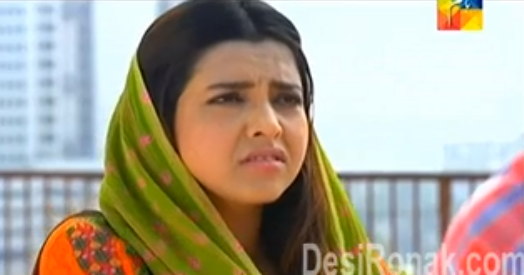 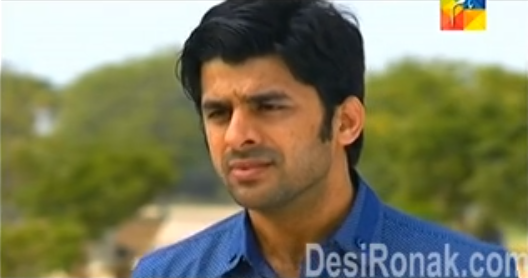 Salman brings her home and asks, who was that man? Iqra is crying. Salman says, your reality have come out infront of everyone. Rafia asks, why you are shouting on her? Iqra cries. Salman calls Sayeed and asks him to come home soon. Shanze tells Zainab that Iqra don’t miss her. Alisa says, she don’t call us. Zainab says, you should be proud of her. It is good that she stays there. Shanze says, I will call Iqra. Zainab says, I asked her to come home but she replies that she wants to live in that home. 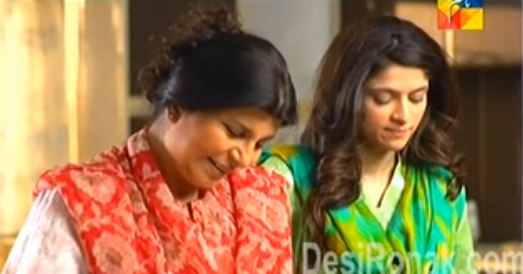 Iqra comes home and calls her mother. She says, I came alone. Shanze says, you came with lot of stuff. Zainab asks her to sit. Iqra says, I was thrown out of the house. Zainab says, what happened? Iqra says, Salman left me. He gave me talaq. Iqra cries. Zainab, Shanze and Alisa are shell shocked. Zainab calls Bhai Miya and asks him to come home soon. Bhai Miya asks, what happened? Zainab tells in a worried voice. Bhai Miya says, I am reaching home. Salman tells his parents that your choice was wrong. She insulted us. She malign our respect. Sayeed says, we don’t know that she can do that. Salman says, my Iqra sacrificed her life because of her. And this Iqra insulted me. He provokes his parents against Iqra. Rafia says, we are very sorry. Sayeed says, we thought of your betterment but failed. He folds his hands and apologizes to Salman. Salman says, I have to bear the punishment.

Bhai Miya comes home and sees Iqra crying. He asks, what happened? Zainab tells him that Salman divorced Iqra. Bhai Miya is taken back. He calls Sayeed. Sayeed says, we thought to be loyal but she deceived us. She is having an affair with some guy. Bhai Miya is shocked and asks what are you saying? Sayeed says, that’s why Salman divorced her. I wouldn’t have ask for Iqra’s hand if know about her affair. Bhai Miya says, you are crossing your limit. Sayeed asks him to ask Iqra about that guy who keeps on calling her at home. He says, your daughter is character less. Bhai Miya gets a heart attack. He calls Zainab. 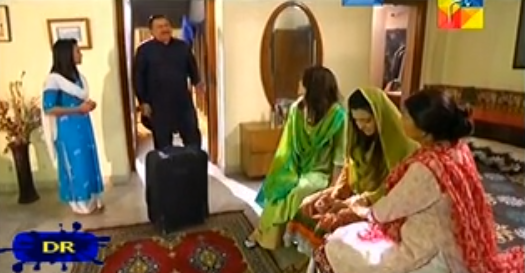 Doctor comes and asks them to keep him away from any tension. Maheen asks, why this happened? JD says, I heard that Iqra was not happy at her home. Didn’t you enquire about it. Zainab says, she said she is happy. JD says, Iqra is like my sister. It is very painful. Maheen gives her strength. JD says, I have to go on work. He tells Khalid that Iqra’s life is ruined. She was divorced. Khalid says, I didn’t know. I prayed for her. JD says, I am at your side. Don’t worry. Khalid says, it is your helplessness.

Zainab calls Rafia. Rafia says, your daughter took my permission to meet you. She says, when Salman reached the park. He saw her with a man. She says, we were getting wrong numbers since long. Zainab says, I don’t agree with you. Rafia accuses Iqra and disconnects the call. Zainab cries miserably.

Maheen says, we know that you are innocent. Iqra says, my home is shattered. Maheen asks her to tell what happened? Iqra says, I can’t forgive myself. Maheen says, amma said you are happy and peaceful. Iqra says, some guy Aamir used to called her. She gets scared. I couldn’t tell Salman. Ali massages his mother’s hairs. They talk about Iqra’s divorce. Ali asks her to meet them. Safia says, I will go. Iqra comes to her ailing father and asks for forgiveness. Bhai Miya tells Zainab that he don’t want to see her face. Iqra asks him to listen to her once. Bhai Miya says, my respect have broken. Iqra apologizes. Zainab asks her to go. Iqra cries. 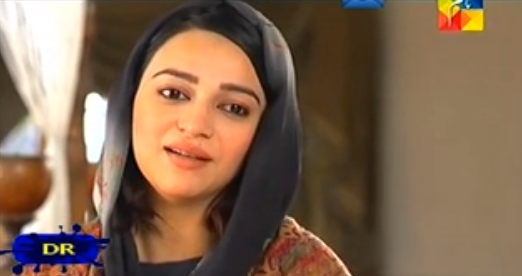 Zainab asks, why you did this? Iqra says, one guy was troubling me. Zainab says, who was that guy? Who ruined your life. Maheen asks her to listen to Iqra. Zainab taunts her. Iqra says, I was trapped. Zainab says, you aren’t a kid. She says, she was the light of the house but now have become hell because of her. Iqra asks for forgiveness. Maheen comforts Iqra. 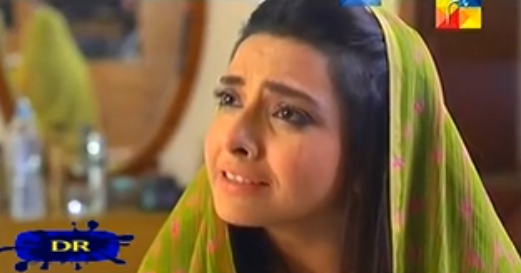 Next Episode:
Phuphu taunts Zainab. Nazim Saheb comes with the policemen to lock the work shop. Bhai Miya is shocked. Ali asks Alisa, what did I do? Alisa says you have spoiled my reputation. Iqra falls unconscious.