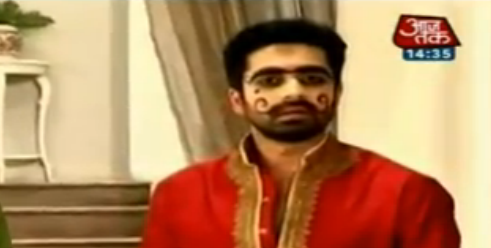 Well, the story goes like this…. Aditi and Astha does some face painting on Shlok. While he is asleep, they try to make him a little funny for everyone. They make him exatcly opposite of his personality. When Kaka brings Shlok to everyone, they burst into laughter seeing his long moustache and big eyebrows.

Shlok is unaware thinking why everyone are laughing seeing him. Aditi takes a pic of him and shows to him. Shlok immediately understands that its Astha who did this. It is her mischief. Shlok gets angry as always, it is his nature to be angry else he won’t look Shlok!! Watch out this video to have a laugh yourself. Surely the episode too will be funny for the viewers.