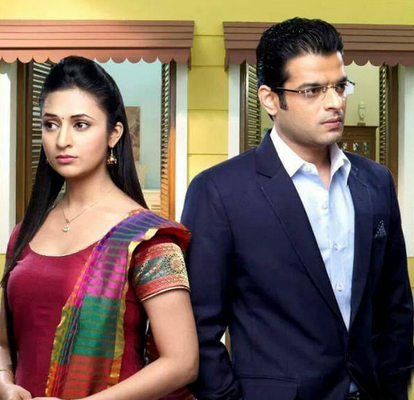 Ishita knows that Mihir loves Mihika but he is unable to tell it to Raman. Raman wants Mihir to meet Tandon’s sister Trisha and tells him that she is the best for him. Mihir is controlled by Raman and Ishita feels this is wrong. She asks Raman not to force Mihir and tells him that Mihir still has feelings for Mihika.

Raman is adamant and thinks he will secure Mihir’s future with Trisha as he feels marriage is only a deal. Ishita meets Mihir at a restaurant to talk to him. Raman walks in. Ishita expects Mihir to tell Raman that he loves Mihika and will marry only her, but Mihir hides his feelings as he has no guts to talk to Raman about Mihika. Ishita is upset seeing Mihir stand for his love. Raman comes home and sees Ruhi crying. Ruhi tells him that Ishita is not at home. Everyone worry thinking where did Ishita go if she is not at her clinic and parent’s house.

Its 3 am and Ishita comes home so late, just when Raman was about to call the police. Everyone ask Ishita about her whereabouts. Ishita gives them no explanations and says she was upset because of something and wanted to be alone for some time. Raman gets furious and shouts on her for being so irresponsible towards Ruhi. Will Ishita succeed to unite Mihir and Mihika? Keep reading.