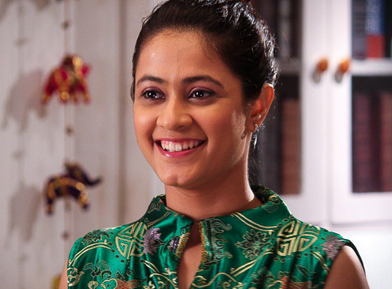 Ram and Priya have been hiding the fact from Pihu that they are staying in the same hotel and on a official trip. When Pihu comes to meet Ram in his room, Ram asks Priya to hide so that Pihu doesn’t see her. Priya obliges. Pihu sees Ram and Priya in the cafeteria and gets annoyed.

She asks Ram, how can he be with Priya as he is well aware that Priya wanted Sammy to marry Suhani. Ram tells her that Priya is her mom. She goes on to insult Priya with her words. She tells Ram that Priya might know black magic and is a witch. Priya hears everything and runs out. She cries badly. Ram runs after Priya. Ram tells Pihu that because of her, Priya is suffering the most and the second person is him.