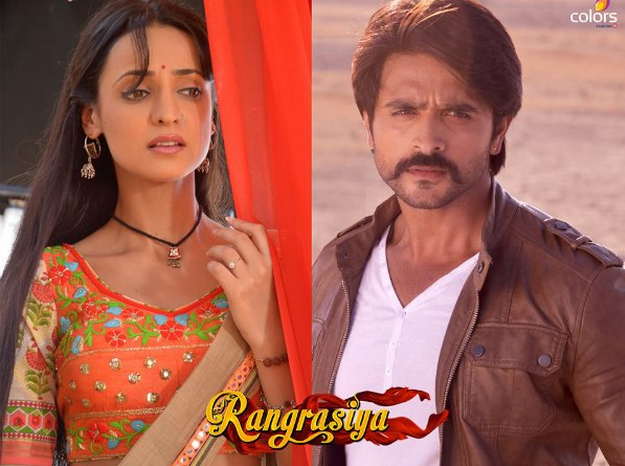 Paro has run away from her own wedding by hitting Rudra on his head. She trust Tejawat and goes with him. She thanks him for saving her life from Rudra. Tejawat fools her and takes her to a isolated place. Paro still thinks Rudra is behind her husband and parents’ death. Tejawat thanks the God for giving him chance to end the story. He points out gun at Paro. Paro is shocked.

Paro recalls Rudra’s telling the villagers about Tejawat’s reality. She repents not to trust him. Tejawat points the gun on Paro. Paro throws chilli on him. Tejawat closes his eyes in pain. Rudra gains consciousness and gets worried for Paro as he knows that her life is in danger. He will come to the place with the help of the beeds which was fallen from Paro’s hand. Tejawat asks Paro, who will save you? Paro replies Rudra. Keep reading to know how Rudra saves Paro from Tejawat’s killing spree.