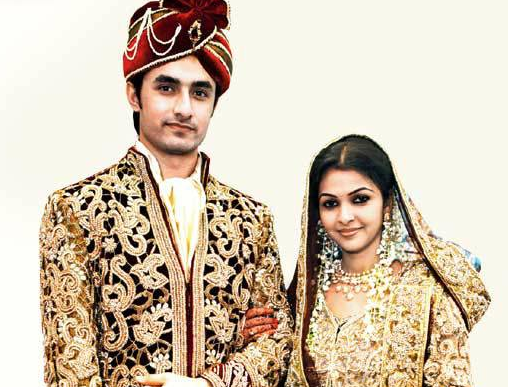 Rajveer and Nandini have been living seperately because of the misunderstanding which Rajveer had in his mind. He doubts Nandini’s character and thinks she is having an affair with Abhay. Nandini gets hurt and leave the house. Rajveer doesn’t stop her from leaving. Gayatri Devi is happy thinking that her plan is a success. She calls Abhay and informs her victory.

Rajveer realizes his mistake when he overhears Dadi and Nandini’s conversation on phone call. He repents for not trusting his wife. He goes to Nandini and apologizes to her. Nandini doesn’t forgives him and questions him for doubting her character and hurting her. Rajveer leaves from there.

He calls Nandini’s mom Anchal and invites them for the holi celebration. Pandey family come to Raghuvanshi’s house. Nandini get insulted by Rajveer’s bhabhi. Rajveer takes Nandini’s side. Nandini thinks, it was Rajveer’s plan to humiliate her. They leaves from there.

Rajveer comes to Pandey house so that he can be with his wife. Nandini applies holi on his father’s face. She feels as if Rajveer is with her. She turns and faces him. They have an eye lock. It is yet to be seen how they celebrates holi as Nandini is angry with Rajveer. Rajveer tries to mend the ways. In the coming episodes, they will be seen celebrating the holi on insistence of Nandini’s parents. A colourful episode indeed. Stay tuned or keep reading tellyreviews.