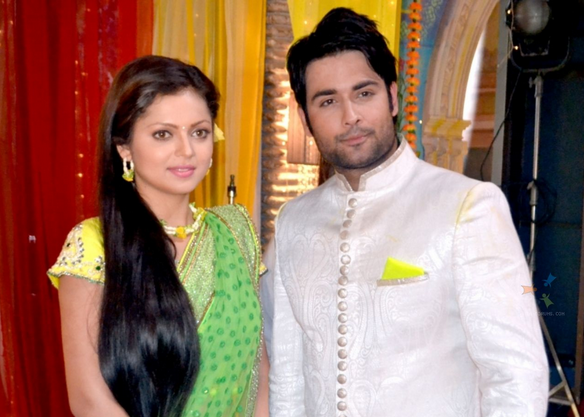 Madhu went on in the mandap to marry the man of her dreams Abhay and did not know whom she is marrying is not Abhay, but a mentally challenged guy RajKumar, also having the same initials like her father RK who is her father’s look alike. Madhu marries him and comes home and while doing the Grah Pravesh, Abhay welcomes the couple inside the house and everyone are shocked to see him inside, thus thinking who is the groom then.

Even Abhay is shocked along with everyone to see the RK look alike, as Abhay hates RK. Madhu cries seeing how Abhay cheated him and tied her to a strange man whom she does not love. Abhay tells Madhu that he has taken revenge from her as she is Rishabh Kundra’s daughter whom he hates the most. Madhu is spell bound and feels hurt. What will the new RK bring in their lives? Surely, the TRPs are going to rise after Vivian’s entry. His fans now can rejoice seeing him back in the show!! Let’s see the amazing and hot chemistry between Madhu and RK again!!