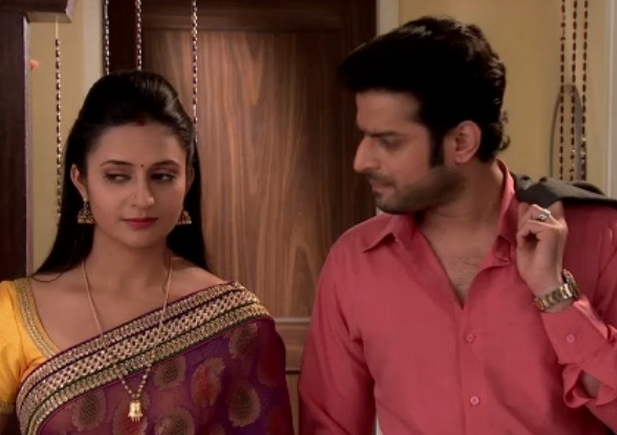 Lastly, we have seen the romantic hug between Raman and Ishita in the supercool rain. Raman says the golden words ‘I love you Ishita’ and the hug is everlasting. Ishita is shocked and pushes him saying how dare he touch her like that. He tells her that the hug was only to show Ruhi. Nevertheless, the viewers enjoyed it more than them. Raman gets a bad throat and his voice gets mute after the rain effect. He takes Ishita with him on the auction of some land and asks her to make the bidding on his behalf. He wants her to be his voice for a day.

Ishita lets Ashok win the bid which makes Raman angry. She does not bid further as she senses something is wrong in the auction. They come home and the Bhallas are furious on Ishita for letting down Raman, as he had to hear much of Ashok’s taunts. Later, they see the news about the fraud deal and are thankful to Ishita for making the right decision. Even Raman regrets his anger on her and the stage comes where he is seeking her forgiveness. Will Raman and Ishita have that feeling of love? We hope, very soon!!