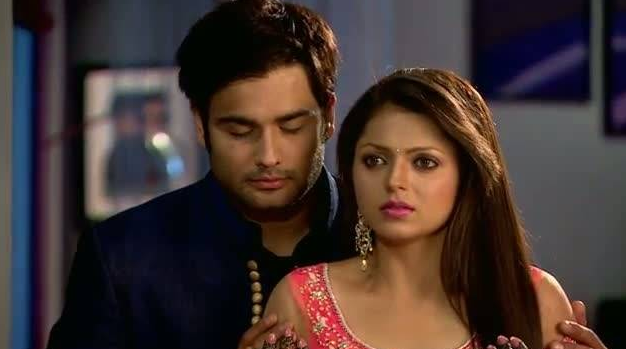 We have already seen how Abhay took RK to the terrace and asked him to jump off to prove to him and Madhu that he is a hero himself and can do anything without getting hurt. Madhu saves him from Abhay’s dirty plans in the nick of the time. Madhu asks RK not to jump anytime as he would be hurt and have to take big injections. RK is scared of injections and medicines and agrees for a while. His mind makes him go to Abhay and he asks Abhay to jump from first floor and show to Madhu that he really jumps in his movies and is a superhero.

Ananya asks Abhay not to be mad and not jump, but Abhay jumps and is absolutely fine. This makes RK think that Madhu is a liar, and nothing happens to a hero when he jumps from somewhere. He decides that he will also prove to everyone that he is a real hero. RK and Madhu go to an amusement park, thanks to Abhay. RK decides to jump off the giant wheel and tells Madhu that he wants to become a big hero like Abhay and nothing will happen to him. Madhu is shocked seeing him on top and asks him to come down else he will get hurt. How will Madhu save RK this time? Keep watching Madhubala…. Watch the promo for a glimpse of RK’s brave act.