The month of April and elections time. Dilip Yadav was a fake intelligence officer but very smart. He had affair with many women. Every relation stands on trust, but what about the relation based on only lies. Dilip and Rashmi’s life was such. A man is tortured in the intelligence cell. He calls Dilip and says the man died and told some people’s names. Dilip asks him to throw the dead body on highway and he will inform the police to pick it up. Dilip tells Saroj about it. Saroj says I can’t be alone, till when will this be. He says you married an intelligence officer, you have to understand. She says I m your wife, I need you. He says even I need you, but country needs me. 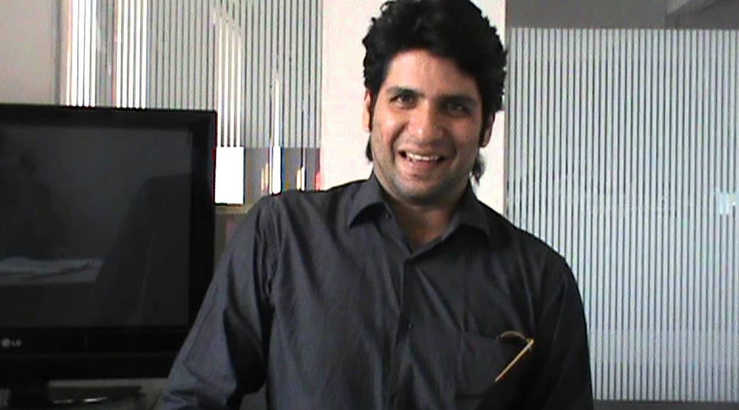 Saroj trusts him a lot. He says my work is such that I have to go to different cities, but I m thankful to have such an understanding wife. He comes to New Delhi to meet Minister Singh. Dilip does all the crimes on his orders. Singh asks him to leave for Lucknow and says your personal needs will be taken care of. Dilip says I stay in my house in every city. Singh asks did you buy so many houses. Dilip says houses are not bought, but made. Dilip meets another woman Sadhna. She says you came after two months. He says what do you want, shall I leave my job. She says I m your wife. He says I brought a gift for you. He brings gold bangles for her and she hugs him with love. He says no one should know I m here, you know my work, I have to be alert.

He became a master in keeping wives and helping the politicians. He calls Singh and asks for Rs. 15 crores. Singh asks him to go Mumbai. Sadhna calls him and he tells her don’t call me, my phone can get traced. He leaves for Mumbai. Ranvijay Shekawat, Inspector, Crime Branch is given the news about the politics. The Commissioner tells him about MLA resigning and exchange of money. Ranvijay takes the case in his hands. Dilip meets his Mumbai wife Nilima. She asks him did you come Mumbai for me or your super secret assignment. Ranvijay doubts someone is playing a big game and goes to raid.

Dilip fools Nilima in his words. Ranvijay talks to Commissioner and says we did not have any backup. Ranvijay asks shall I catch him or leave. Commissioner tells him a plan and asks him to execute it. Dilip is worried and tells Singh that the enemies are getting info about the deal and Inspector Ranvijay is after him. He says Ranvijay did not get any proof against me. Singh asks him to be careful. Dilip says Lucknow and Mumbai’s candidates will support only you. Singh asks Dilip to go Noida. Dilip calls his other wife Mandakini. She says we should separate now, I run a women organization and I won’t bear all this. He tells her that he will meet her tonight and she gets happy.

Dilip sees a new woman in a café. He asks the lady that she is on which post. She says junior floor manager. She asks him whats the problem. He says I want to tell your floor manager that you are beautiful and handling everything very nicely. He flirts with her and she gets into his words. She sees his Id and says you are an intelligence officer, glad to meet you. She is Rashmi and is bitten by his sweet words. Dilip meets Mandakini and gets a call from Singh. Dilip and Mandakini have an argument. Mandakini says either stay in this marriage or stick to your job. She says I m fed up of this. He says I m doing this for you, I love you. Mandakini falls in his love trap. 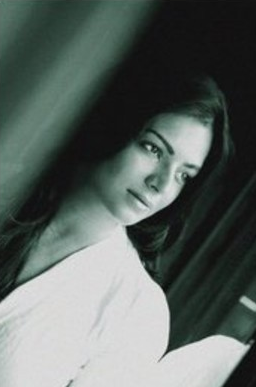 Ranvijay was after Dilip. He tells the commissioner that there is someone in our department who is leaking our movements. Dilip asks his men to murder someone. Dilip calls Rashmi and speaks to her nicely. Dilip does kidnaps, murders, and many crimes, and have relationships with many women, and now its Rashmi’s turn. He asks her to have coffee with him. Rashmi agrees. He meets Rashmi and brings a gift for her. She sees bangles and says I can’t take this. He makes her wear it and she smiles. Ranvijay tells the commissioner that he needs more access, we don’t have his name and don’t have his photo.

Singh asks Dilip to go Kolkata. He says no one will touch you there. Singh asks are you in love. Dilip says no. Singh says don’t forget, Ishq Kills. Dilip is with Mandakini and gets Rashmi’s call. He goes to the bathroom and talks to her. Rashmi says I miss you. He says even I m missing you, I will come to meet you tomorrow. Mandakini tells Dilip that a man married two wives. He gets tensed and fools her. He meets Rashmi the next day. Rashmi tells him about her boss who misbehaves with every woman. He asks her to change her job. He asks her qualifications. She says it does not matter. He says if I recommend you, will you mind. He says if I m of any use to you, I will feel lucky. They have coffee together. 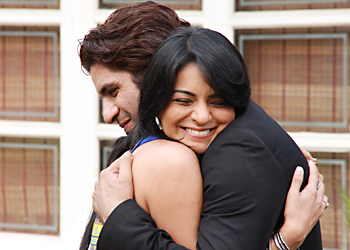 Dilip talks to Singh and takes another assignment. The commissioner asks Ranvijay to find the man soon. Ranvijay does not get Dilip and he gets one helping hand of Dilip. Dilip brings Rashmi to a house. Rashmi is happy and asks is this yours. Dilip says its yours, as a gift for you. He gives her the keys. He falls in love with Rashmi. He asks Rashmi to handle a business and says I don’t have any doubt on you, it will help both of us. He asks her to keep account of his money.

Rashmi says fine, leave business now, lets talk about us. They get closer and he is disturbed by Singh’s call. He says 10 crores and Rashmi is shocked to hear his conversation. He says I really love you, I want to spend my whole life with you. She makes a drink fall on him and he goes to clean it. She transfers his contacts to her phone. He sleeps in her lap. Rashmi checks on him and comes to know about his four wives. Its morning, she cooks for him. He loves the food. She says I kept the Karwachauth fast for you. He says I really love you. He thinks of the Karwachauth and talks to his every wife. Rashmi asks Dilip to come home to break her fast as its her life’s first Karwachauth. He goes to meet her.

He comes home and asks Rashmi is your fast still on. He hugs her and says I came here only for some time. He says we are not married and you kept a fast for me, so I came to meet you, I love you. She says I made Kheer for you. He eats it and praises it. He says now hurry up and break the fast. Ranvijay comes to Rashmi’s house and checks the house. She stops them and asks whats all this. Ranvijay shows him a pic and asks do you know him.

Rashmi says I know him, what happened to him. Ranvijay says he has done 14 murders. She says he is intelligence officer. She says he left 5 mins before in a taxi, he is going Bangladesh and have a visa. Ranvijay asks are you his wife. She says no, we were getting married. He says thank God, you got saved, he is bloody fraud. She says I was leaving my family for him. Ranvijay goes to catch Dilip. He gets a call and goes back to Rashmi’s house, as Dilip’s mobile location shows that he is with Rashmi. He comes to Rashmi’s house and his foot strucks something. Police suspect that area and digs the soil and get Dilip’s dead body. Rashmi has killed Dilip by giving him poison in the Kheer. Dilip was in true love with her and she has ditched him. Dilip was shocked seeing her real face and finally dies. He puts soil on him by pushing him in the already made grave.

Dilip has cheated police force, four wives and govt too, he got killed by his girlfriend. Rashmi runs away with Dilip’s money bag. Ranvijay checks Dilip’s phone and laughs knowing Dilip had four wives. He says make Rashmi’s sketch and find her now. Rashmi became a senior inspector, intelligence, a fake one like Dilip to dupe people and earn crores.

Images credit: Facebook page and Gallery page of Star Plus