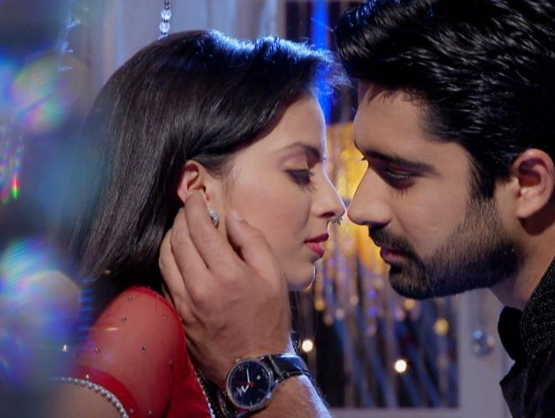 Astha and Shlok are together now, with no Aditi between them. Shlok knows how much Astha loves him, but he has not accepted it by heart that he loves her too, though he has love for her. Astha knows he loves her as his care shows. Shlok really cares for Astha and wants to make her away from all problems and worries. Shlok wants to see Astha happy, is this not love? Astha tries to win Shlok’s heart by dancing her way to his heart. She dresses like Umrao Jaan and makes her bedroom a spice up. Shlok does not know what is she upto. Shlok is shocked to see her dangerous moves, which are lovable. She dances on the song Sajna ve vaar vaari……… and she really means its words.

Astha and Shlok get closer during the song as Astha puts lots of efforts in winning his heart and making him forget all his pains. She then dresses in Kurta Lungi and dances further. Her Lungi drops and Shlok burst into laughter seeing her worried expressions. Astha’s efforts finally work as she succeeds to bring a smile on his face. Will Shlok accept her love? Yes, he will and soon he will be having some romantic scenes with Astha. That’s what the viewers waited for so long. Shlok and Astha will be in immense love….. It will be great to see their love scenes. As of now, enjoy this lovely song which captures Shlok and Astha’s old love moments….. (This is TellyReviews’ selection for you!!)