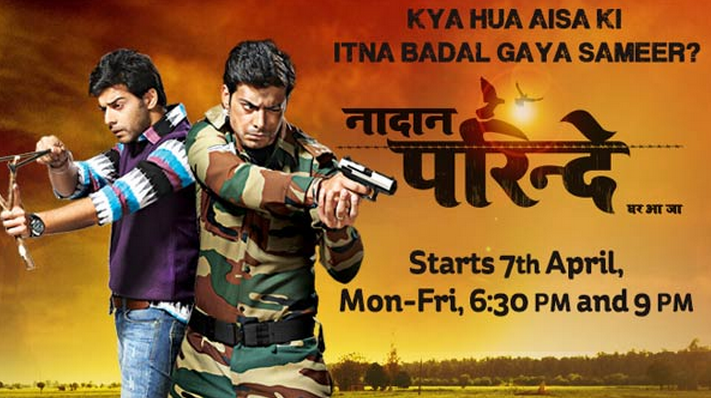 Nimmi (Meher’s step-mother) has stopped Meher from appearing in the exam by taking away hall ticket. Nimmi doesn’t want Meher to study for her B.A. Nimmi and her husband Mangal orders Sameer and Bebe to not interfere in their life regarding Meher. In this way, Meher’s core support of Bebe could not help her to realize her passion of studying and writing an exam.

Nimmi locks Meher in her home as a punishment when she argues with her for studying and standing on her own and even Meher’s father does not utter a word to support Meher. Nimmi speaks with Purab’s mother on getting Meher married within a period of 7 days. Purab’s mother after seeing the undue haste of Nimmi tells to her about a Canadian family that may be interested in Meher and suggests of taking the responsibility of forwarding Meher’s proposal to them. Nimmi becomes happy after hearing this, while purab’s mother wants Meher to be always away from Purab.

Meanwhile, at Bebe’s Dhaaba, ‘Operation Sameer’ is still underway and the danger is still lurking on Sameer’s head. Gopi forwards Sameer’s photo, CD and details to his group members. Then, at the moment where Gopi’s members intention of harming Sameer was to be disclosed viz a viz photographs of Sameer, Dhaba’s helper comes and speaks with Bebe on the shooting of a town resident who had mistakenly crossed the border and was killed. The situation in their town is tense and a panchayat will decide on how to stop the killings of residents at the border.

Meher escapes from her home custody thanks to her young brother and meets Sameer. She comes to know that Bebe has gone to take medicines to the town herself. Meher is unhappy about Nimmi’s plan to get her married and speaks with Sameer. Sameer tries many things to see smile on Meher’s face and finally he gets one from her. Will Sameer be able to express his feelings for Meher ?, Whether Purab’s mother plan with Nimmi work ?, Will operation Sameer still holds the momentum and continue its efforts to trap Sameer ?. Stay tuned to Nadaan Parindey on Life OK from Mon-Fri at 6:30 PM IST to know more on this..