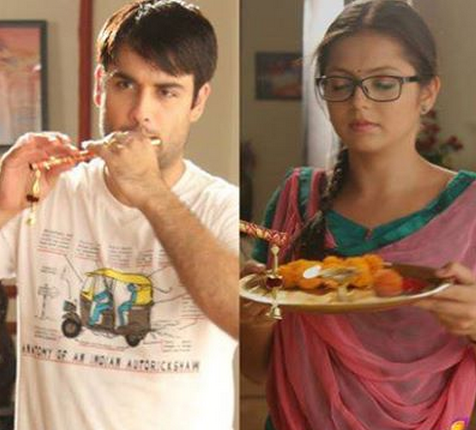 Madhu is protecting RK from every misery. Now even Sweety and Leelavati landed in Abhay’s mansion to make Madhu’s life more hell. Madhu is not disturbed seeing them as they are family. But Sweety is helping Abhay in troubling Madhu. Leelavati and Sweety insult RK. Madhu sees Leelavati ill treating RK and she comes in between them. Madhu has accepted RK as her husband and has started a new life with him by her heart. She has adapted the sindoor and mangalsutra and respects RK for whatever he is.

Madhu answers Leelavati well and asks her not to dare hurt RK again. RK breaks down hearing that he is mad and does not deserve to be with humans. RK goes to his room and cries. Madhu pacifies him and asks him to take support of Kanha always. Madhu and RK have become good friends. RK tells her that he can do anything for her. Even Madhu has the same feelings for him. Will Madhu be able to make RK’s condition well and transform him into a mature man? Watch out Madhubala on Colors.